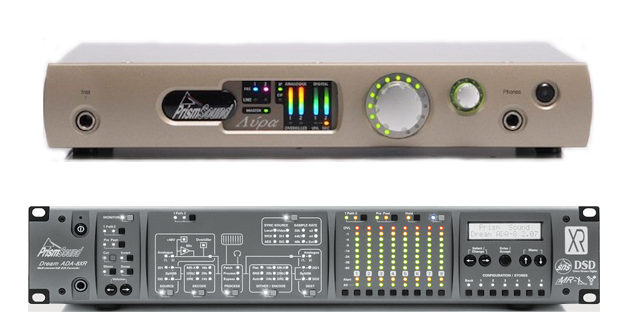 UK manufacturer Prism Sound celebrates its 30th anniversary this year and will mark the occasion by showing its full range of audio interfaces and converters on booth 535 at the 143rd AES convention in New York from 18-20 October 2017.

Prism Sound products are the mainstay of many internationally acclaimed audio facilities including Abbey Road, Metropolis Studios, Sony, the BBC, ESPN, the Library of Congress and Walt Disney.

At AES New York, the company will show its flagship ADA-8XR, a multi-channel AD/DA converter that can be configured in numerous ways using plug-in modules to suit a wide variety of applications. The unit can also act as a high-resolution Pro Tools interface for recording or post-production and works with a wide range of other popular Digital Audio Workstations including Logic, Cubase and Nuendo.

Alongside the ADA-8XR, Prism Sound will show the Lyra, Titan and Atlas audio interfaces, all of which connect to both Macs and PCs via a simple USB interface. These units are aimed at musicians, composers, project studio owners, DJs, re-mixers and other audio content producers such as radio and podcasting.

Both Titan and Atlas are now available with an MDIO-HDX expansion module, which is compatible with the Avid DigiLink MiniTM connection, allowing multiple Titan or Atlas units to be connected directly to Pro Tools|HDX and Pro Tools|HD Native systems.

Prism Sound will use AES New York to demonstrate the ease with which this module can be integrated into a recording workflow and how all key controls can be operated from within the workstation’s own GUI and stored as part of the session.

Other products at the show will include the SADiE LRX2 Location Audio Workstation, the latest SADiE 6 software and various products from the MASELEC range including the MEA-2 Equaliser, the MLA-2 Compressor, the MLA-4 Tri-band Compressor/Expander, the MTC-1X Mastering Transfer Console and the MDS-2 De-Esser.