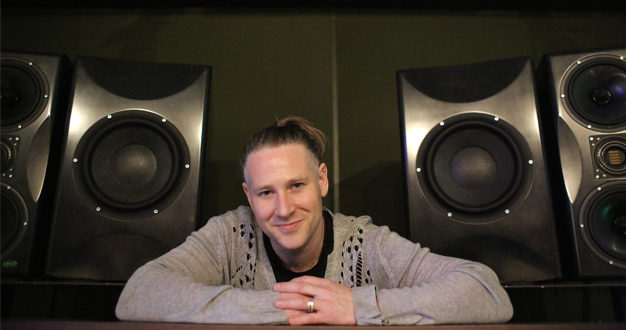 The company’s BABE loudspeaker is designed for tracking, mixing and critical mastering.

The producer has been in the Russian capital for six years, following a long career working with artists and labels including Pixie Lott, Ministry of Sound, Universal, The Streets, and Tom Hickox among others. In Russia he became the first British DJ and producer to curate and present an English speaking radio show broadcast throughout the entire country.

“I had heard a lot of great things about the Boulder/BABE system but was blown away when I finally heard the system for the first time in the Moscow studio,” said Axford. “The depth and clarity in the mid-range is super-focused and each bass hit is like a thunderbolt – it’s so tight and accurate.”

These speakers have made my job as a producer much easier in terms of speed and performance.

“Unlike with my previous monitors, I’ve found that I have been able to work full sessions with the BABE and not feel the slightest bit of fatigue,” added Axford. “Most importantly, these speakers have made my job as a producer much easier in terms of speed and performance – my output is translating better and I can make quick, accurate decisions on them.

“What I love the most is that I can run them at really low volume and still hear all the benefits. They can also be crazy loud and, when they are, they’re crazy clean, and sound effortless – great for the client “wow” factor!”