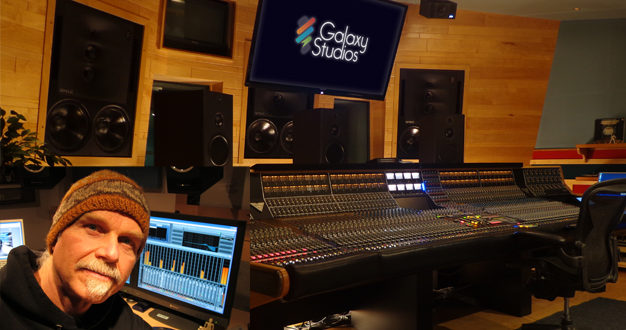 Artist and producer David Miles Huber on why he opted to mix in the format for his latest Blu-Ray release GAMmA, and what he believes the benefits of the technology to be.

It’s not yet common for people to hear music and expect to feel immersed in the playback experience. Without giving it any thought, people expect music to be playing only directly in front of them, coming from one side of the room or just blasting from a speaker planted in the ceiling. Most don’t think about music being streamed from all directions.

The idea of music having the potential to be all encompassing is usually foreign to the basic music fan outside of a live concert environment. Personally, I don’t think there should be any barriers to enjoying good music whatever the presentation may be, but I’ll argue that the possibility of adding something more realistic to the listening experience would be simply too great not to fully embrace.

Though I’ve spent the past 25 years as an electronic musician and have seen both traditional and alternative ways of producing music, I’d say that there’s little about my production method that’s representative of the modern or classic recording process.

Of course, most artists and producers are used to creating content in Stereo, and then when they start working with immersive sound formats (that is to say, ‘sound in 3D’ or ‘surround sound with height’) they’ll follow the traditional L/R approach with a bit of something coming from the centre, followed by reverb in the rear speakers. I break all those rules right out of the gate and use a mixing style that has all of the various stereo track sounds, delays and reverbs coming from all of the speakers at once, to create an interesting and engaging mix. It is electronic music after all… there are no rules that must be followed and 3D audio offers even more possibilities for immersing the listener in music.

I’ve been asked how producing music with 3D audio formats might differ from other media formats, or if any additional steps need to be taken in the process. Of course, there are technical issues that have to be dealt with (being a perfectionist, I actually enjoy the intricacies of the process), but there are actually no rules to the creative parts, and you’re free to do whatever sounds best. Placing higher-frequency sounds and instruments (nature sounds, drum overheads, reverbs, etc.) can help create an open space above the listener. There are many ways this can be done, and that’s up to the producer’s preference, but that sense of heightened sound or that feeling of openness from above can really help create a true sense of immersion.

When it comes to the different formats, mixing in Auro-3D makes the most sense when producing music, especially since it allows the capturing and reproduction of a 3D space with channel-based audio only, which compliments the way I work. This process is different from other immersive sound formats, like Dolby Atmos, which requires the use of object-based technology for the added third dimension. Auro-3D also uses object-based technology, but doesn’t need it to create immersive sound, which in my opinion has many advantages, especially for music. The format delivers High Resolution Audio (24-bit/96 kHz), which within the last decade has become the standard in music production and creates an audible difference.

Most notable, however, is the guarantee that the format maintains the same immersive sound experience as intended by the creators. For listeners, the format offers the most efficient solution in a way that’s easy to install (one can easily convert a standard surround sound system to an Auro-3D 9.1 setup), while guaranteeing the reproduction of my original artistic intent wherever it’s played. That predictability is reduced on other immersive sound formats, which support speaker layouts for immersive sound using only two overhead speakers (like 5.1.2 up to 9.1.2) which can’t reproduce a true 3D space around the listener.

I believe in the power of immersive experiences and really think that 3D audio will have a huge role both in music and in other audio-intensive media. It’s no secret the recording industry has suffered in the wake of music sharing and mp3 files, but the rise of new mediums (such as virtual reality technologies) presents new opportunities for music production in the form of other industries, like home theatre, film and gaming. Music industry professionals have always had a good technical pulse on emerging audio media, and music producers now have an increased number of avenues to showcase their work as demand for immersive sound content continues to grow.

David Miles Huber is a four-time Grammy-nominated producer and musician specialising in electronic dance and surround-sound, whose music has sold over the million mark. His latest music and collaborations can be heard at www.davidmileshuber.com