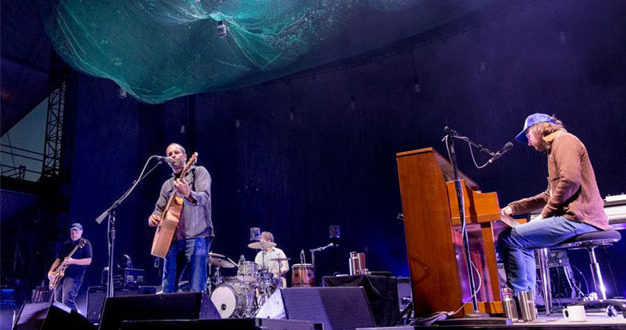 Former professional surfer-turned-singer/songwriter Jack Johnson recently returned to the road with his band – and Rat Sound’s L-Acoustics K1/K2 system – to preview material from his new album All The Light Above It Too, which is set to drop next month.

Following the completion of his From Here To Now To You tour in 2013-2014, Johnson has played just a handful of shows over the past three years, with Rat Sound having reinforced all of his tours since 2000.

Although the 13-14 tour carried a Kara-based loudspeaker system – ideal for the more intimate theatres and performing arts venues on that run – this latest sold-out tour stopped at much larger spaces including California’s 17,500-seat Hollywood Bowl and Washington’s 22,000-seat Gorge Amphitheater on its collective four-week journey.

“This system has been the perfect size for the tour,” said Rat Sound system tech and crew chief Bjarne Hemmingsen, who was tasked with designing the loudspeaker model in L-Acoustics’ Soundvision software each morning. “The show sits at around 94dbA with some very soft delicate parts, and K1/K2 is great at providing even coverage throughout each venue while still keeping a full sound at the very back.”

The tour’s standard loudspeaker array configuration consisted of a dozen K1 plus four Kara downs flown per side, flanked by far left and right hangs of up to 12 K2. Four more Kara spread out across the stage lip handled frontfill, while six ARCS II enclosures – horizontally arrayed in threes on each side of the stage – delivered outfill. Eight SB28 subs per side, groundstacked in two stacks of four, delivered the low end, and all systems were powered and processed by LA8 amplified controllers.

“I appreciate that I can easily configure this system in so many different ways to perfectly suit each venue,” Hemmingsen added. “This system has a great, full, natural sound with a very controlled low end and requires almost no EQ. Jack covers a lot of musical genres with his set – from folk and reggae to pop and rock – and each variation of the L-Acoustics system worked well with them all.”

Two brief US tour legs comprised Johnson’s latest outing: an east coast trek for the first two weeks of June, followed a month later by a west coast run for the last two weeks of July. The system that Rat Sound carried remained unchanged between the two trips and was steered by Michael Pollock, Johnson’s FOH engineer for the past 17 years. 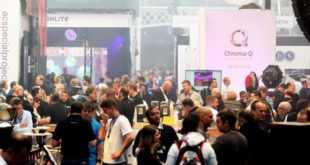