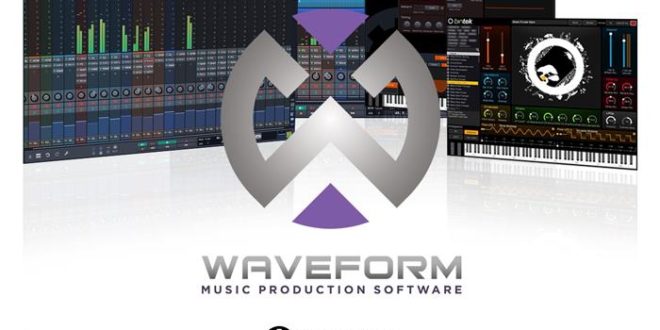 The Tracktion Corporation has appointed Synthax Audio UK as European distributor for its range of music production software and hardware.

Synthax says the move is the result of Seattle-based Tracktion’s continued growth and desire to more directly serve the European market.

"In many ways, we have a unique approach to the music technology business and have spent some time searching for the ideal European partner," explained Tracktion CEO, James Woodburn. "While getting to know Synthax Audio UK, a superior attention to detail and dedication to customer service became apparent. This appointment will allow us to serve the European market better and more directly than we could have managed on our own."

The deal comes not long after the introduction of Waveform, the latest in Tracktion’s series of DAW applications, which has been described as its ‘most universally accessible and inspirational’ recording software to date. A premium virtual instrument, the BioTek Organic Synthesizer, and the DAW Essentials Collection, a suite of 16 portable effects plugins, are also new additions to its offering.

The appointment will also see the launch of www.tracktioneurope.com, a source of European-based content initially focused on support tools such as video tutorials.

Waveform promises an ‘unprecedented suite of composition tools’, with intuitive MIDI pattern generators that allow even untrained musicians to quickly assemble entire musical arrangements, while built-in virtual instruments such as the FM Synth and new Collective sampler/synthesizer provide a wealth of new sounds and blending options. Waveform is also compatible with all VST and AU plugins, such as the BioTek Organic Synthesizer and DAW Essential Collection effects.

Tracktion has also just released its first hardware device, the Copper Reference premium stereo audio interface. Called "Cu" for short, it is designed to compete favourably with the very best interfaces on the market. Four years in the making, the Cu interface is now available, and Synthax is now inviting potential purchasers to arrange a demonstration.