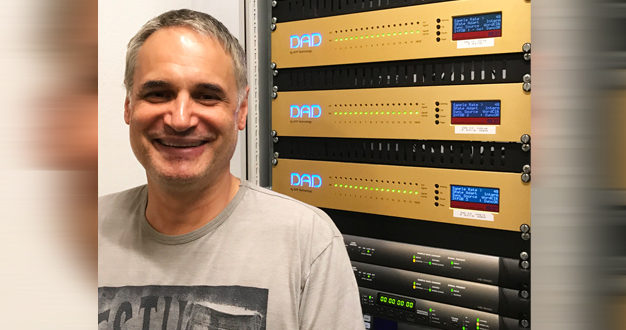 The studio’s scoring stage just outside of Berlin is home to Deutches Filmorchester Babelsberg, a full symphony orchestra that specialises in delivering music for film and TV productions.

Two control rooms at the scoring stage are connected digitally, and on either side of the workflow – within the digital domain – the three AX32 units are guarding the digital gateways, handling all of the AD and DA conversion with their 24 inputs and outputs. The main control room has a 72-fader analogue NEVE VXS console, while the second control room is digitally based around an SSL C200 console.

According to Studio Babelsberg’s head studio engineer Falko Duczmal, installing the AX32 units was a significant AD/DA converter upgrade: “The sound we get now is much more detailed and transparent,” he said. “There is a certain depth to it and the sound we hear in the recording hall is just translated extremely accurately to the digital domain.”

The orchestra records for many German film and television productions, but it is also widely used internationally for film and television as well as music productions. Babelsberg’s film credit list includes titles such as Sleepless, Hitman – Agent47 and Walking with Dinosaurs, while additional orchestra parts for commercial album releases include Rammstein, Bryan Adams, Celine Dion, and Sting.