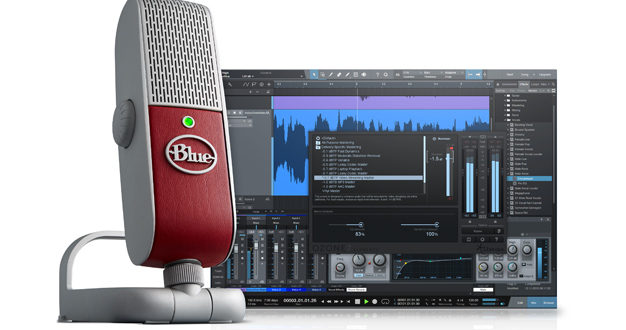 Raspberry Studio features PreSonus Studio One Artist Blue Microphones Edition recording software, which lets users stack multiple instrument and vocal tracks to create fully produced songs. With a 32-bit audio engine, tracks can be edited on screen with ease, while multiple takes can even be pieced together to craft a complete vocal performance.

Raspberry – Blue’s premium mobile USB microphone for PC, Mac and iOS – uses an Internal Acoustic Diffuser (IAD) that focuses on the voice or instrument and minimises environmental sounds by diffusing noise and reflections. It also features an integrated stand that minimises contact with surfaces and isolates the microphone from vibrations, while onboard controls make it easy to adjust gain and monitor audio during recording.

Raspberry comes with a USB cable compatible with PC and Mac, along with a Lightning cable for iPad and iPhone connectivity. It is compatible with most Android devices via the OTG accessory cable, which is not included.

Raspberry Studio is now available from retailers at an MSRP of $219.99.