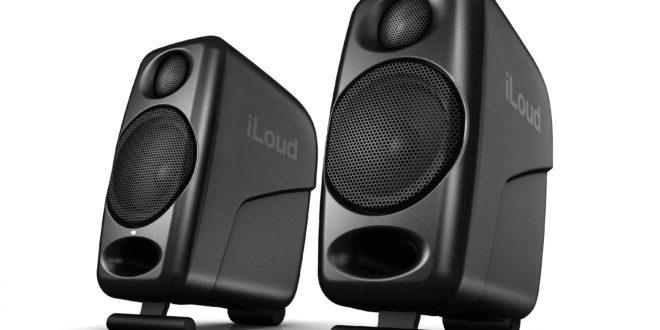 Nigel Palmer reveals how these new monitors bring a whole new meaning to the term ‘big sound from a small package’.

Founded in Modena, Italy, and now with operations in the UK, US and Japan, IK Multimedia has been making its presence felt in the music technology world since 1996. Manufacturing a range of hardware and software gear including products for mobile devices, the company continues to innovate, and has made a foray into the small active loudspeaker market with the iLoud Micro Monitor.

Weighing in at 1.7kg for both, a pair of iLoud Micro Monitors comes as a master (left channel) and an auxiliary (right) speaker – identical except for the rear panel and a front-mounted power indicator on the master. The enclosure is of a hard black plastic material measuring a diminutive 180 x 90 x 135mm (HWD), with edges rounded to reduce diffraction; a flared reflex port vents to the front, above which is a 3in high-rigidity composite material woofer and a 0.75in silk dome tweeter, both sensibly protected with metal grilles and driven by Class D bi-amplification to a total of 50 watts RMS. Worthy of note are the mounting options on the enclosure’s underside: the standard arrangement is a pair of linear rubber feet providing a degree of isolation, the frontmost of which can usefully hinge down to angle the speaker to point up towards head height when desktop mounted. A third option, which along with other attributes helps separate the iLoud Micro Monitor from its similarly-sized but more domestically pitched PC speaker cousins, is the provision of a standard 3/8in mic stand adaptor, which adds to the available placement options, for example on location.

Turning to the rear of the master speaker, at the top is a volume control with a unity gain centre detent, which I left in place during the review period. Audio input is catered for in a number of ways: there’s a button to receive audio from any Bluetooth-enabled device, a 1/8in stereo jack socket and finally a left/right pair of RCA/phono sockets. Unusually for a speaker of this size and price point the iLoud Micro Monitor boasts onboard 56-bit DSP to flatten overall frequency response and help smooth the crossover point, and there are three rear-panel EQ switches: the topmost is ‘Desk’ with either a flat free-field mode or a filtered version suitable for desktop use, the latter likely to be a typical placement for this product. Below this is a switch to reduce the high-end by 3dB, and beneath that another to do the same for the low frequencies. Rounding off the back panel facilities are a multipin socket to drive the auxiliary speaker with a supplied 2m cable (there’s a matching socket on the back of the other unit), a DC In socket from an external power supply and a power switch.

As no doubt many others will do, I set the speakers up on either side of my iMac, used at Lowland Masters for mixing and support for the main mastering setup here. The computer is on a small side table to my left, next to the mastering console and a couple of meters from the nearest wall. Suitable cables were provided, so I hooked them up to the iMac’s analogue output, and sat down to listen to a range of reference material.

Trying the various EQ settings, I soon found that for me ‘Desk’ mode in combination with the 3dB bass roll off worked best; having established that, what I heard surprised me as the sound appeared to come from larger speakers than the little ones on my desk. Take a track like Donald Fagen’s Morph The Cat from the eponymous album: Freddie Washington’s five-string bass goes down to a low D on the tune – that’s just under 37Hz – and yet was still tidily represented on the iLouds. While being aware of the clever trick one’s brain does to infer a fundamental tone by the presence of a harmonic series, you’ll have to take my word for it that these speakers still put out a surprising amount of lively and solid low frequencies, belying their (impressive for the size) -3dB point of 55Hz. And further up the spectrum I wasn’t disappointed either – the frequency response graph provided by the manufacturer is commendably flat; certainly Williams Blood by Grace Jones, which has a lovely top-end and transparency about it, presented very acceptably on the IKs, the DSP doing its job in keeping crossover and phase artefacts under control. But all that aside, could I actually work with them? I broke out some mixes both in progress and finished, and discovered the answer was a conclusive ‘yes’ – the speakers’ presentation conformed well to the mental image I’d built up of those pieces, and given occasional reference checks I could happily mix with the iLouds on a regular basis.

I liked the iLoud Micro Monitor, and I like the way IK has covered a number of bases in the design; it’s clear that with their light weight and small size these monitors are aimed not only at deskbound types, but also recordists on the move. Add to that the sound, which for me is a cut above good computer speakers at a price point quite a bit below the next quality level up, and you have something very worthy of a listen if it suits your circumstances. 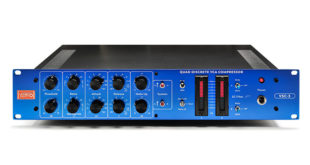 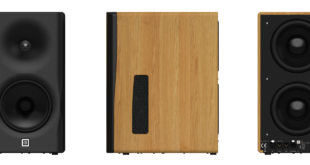