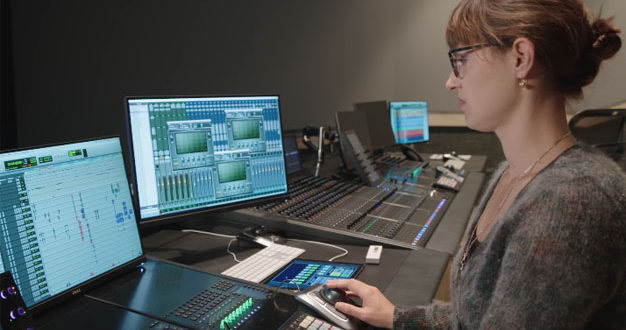 Following on from the video we shared earlier this week about the Game of Thrones audio crew using iZotope RX 6 software, McDSP has revealed how award-winning re-recording mixer Onnalee Blank is using its SA-2 dialogue processor for the latest season of the show.

In the new McDSP Profiles video, Blank (GoT, Girls, Moonlight) – who has been working on the HBO hit series since season two – talks about her start in post, challenges on GoT, and demonstrates using the McDSP SA-2 dialogue processor in Season 6 ‘Battle of the Bastards’.

“For this show there’s so much crowd, so much battle, and a ton of ADR,” explained Blank. “It’s an unknown fantasyland but it is also more real and more organic, so we need to create a world that allows for both of those things at the same time.”

Blank got her first taste of the plugin on Game of Thrones season six last year: “I use it for dialogue, ADR and group, and while I have not used it for music yet, I am going to for season seven,” she remarked. “Immediately I noticed it just took a little bit of the edge out, letting me press my audio hard into the plugin to make it sound good. It warmed up my group in a way that production dialogue sounds.

“We really try to sell emotion with sound,” Blank added. “We can take out all the sounds slowly as the camera pulls in to create a sense of closeness with the audience. McDSP is really great and easy to use, and perfect for use on dialogue.”

Back in 2015, freelance dubbing mixer Mike Aiton reviewed the SA-2 dialogue processor for Audio Media International, and you can read his verdict here.

You can watch Onnalee Blank discussing her recent use of the plugin in the video below: