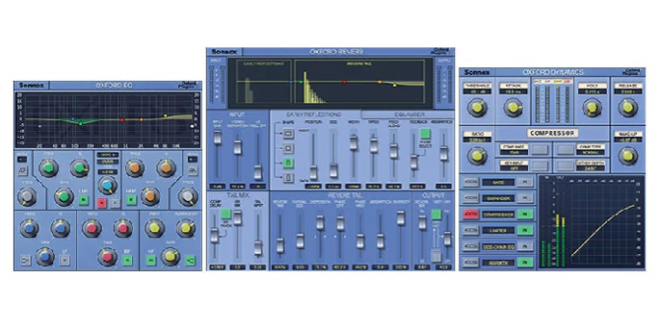 Waves Audio has announced the compatibility of Sonnox plugins with its SoundGrid real-time processing and networking technology.

The new partnership initially involves the Oxford EQ, Oxford Dynamics and Oxford Reverb v3 plugins, with more to follow. They can now be utilised in a live environment using Waves MultiRack or the Waves eMotion LV1 live mixer, or in the studio via Waves SoundGrid Studio and Waves StudioRack.

Registered owners of Native and HDX Generation 5 (G5) licences are able to add the SoundGrid Option for a fee of £15 per plug-in. Owners of previous Sonnox licence Generations will need to upgrade to G5 before being eligible for this upgrade. The new SoundGrid licence can be held on a separate iLok device to your Native/HDX licences.

The idea of this new development is to simplify a workflow by allowing the user to utilise their SoundGrid plug-ins on the road and Native/HDX versions in the studio.

Previously, owners of HDX G5 licences also received a Native licence with their purchase. Sonnox says it is continuing to offer this and, for the first time, any new HDX licences now purchased can be used on another iLok device. Both iLok devices must be registered to the same iLok account.

“Waves is happy to offer our users the freedom to practice their craft everywhere and anywhere. By enabling the use of Sonnox plugins alongside Waves plugins through Waves SoundGrid technology, be it in the studio, broadcast or live, Waves has expanded its intent to enable musicians and sound engineers to have the best in flexibility and creative freedom,” said Mick Olesh, Waves EVP sales and marketing.

Giles Farley, Sonnox sales and marketing manager, added: “We’re delighted to now support the SoundGrid platform with our latest v3 releases. Best wishes to our friends at Waves and to our shared customers wanting to add hallmark Sonnox clarity and precision to studio and live performances alike.”