Home / Feature / Are we about to see Dolby Atmos truly take off? 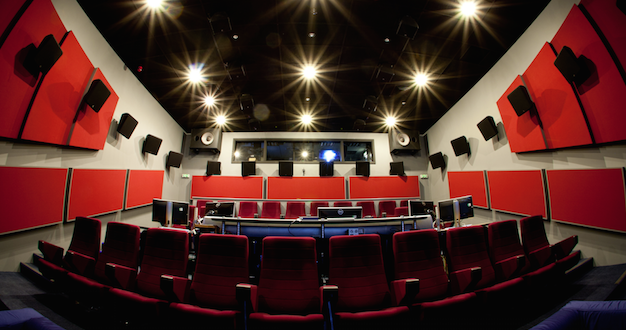 Are we about to see Dolby Atmos truly take off?

Adam Daniel of Point1Post explains why the full integration of Dolby’s immersive sound technology with Pro Tools HD could provide the boost that the format has needed since its inception.

In my last article for Audio Media International in 2015 I shared some insight into how we approach Dolby Atmos mixes and their impact on the viewing experience. We have now been using Dolby Atmos for three years and I would like to describe how I have seen the format evolve and where I feel the immersive market is going next.

There are now 2,442 Dolby Atmos screens and a further 354 pending. In England there is even a ten-screen multiplex where every auditorium features Dolby Atmos. But what’s really exciting is that the format is no longer just limited to cinemas. It is now available on Blu-ray, streaming TV, Windows 10, Xbox One, tablets, smartphones, linear VR and even nightclubs. This represents a huge worldwide audience.

The majority of the world’s best mixing stages now feature Dolby Atmos. The leading commercials and trailers facilities offer the service too. However, it has remained difficult for the majority of sound editors and re-recording mixers to get their hands on the tools. This all changed at Avid Connect when it was announced that Dolby Atmos has been fully integrated into Pro Tools HD. I feel this is a real turning point for the widespread adoption of the format.

Avid and Dolby have worked together to fully streamline an already efficient workflow. Pro Tools HD will support the wider stems required for Dolby Atmos Beds, and the Avid Panner has been upgraded to replace the Dolby Atmos Panner. You can choose whether sound is routed to a Bed or an Object and automate the switching. The RMU and Software Renderer are now set up as peripherals within Pro Tools, while the I/O Setup allows direct mapping to Objects. There is even the option to convert legacy Atmos Panner automation with a single click. Dolby has also released two software suites to complement these improvements. Everyone will now have the opportunity to use the same tools that we use.

Subsequently we have decided that now is the perfect time to make a fundamental change to our workflow. The aim is to open up the immersive formats to as many productions as possible. 5.1 will now be regarded as a legacy format. We will be incorporating Dolby Atmos metadata into every project’s premix. This will allow clients to actually hear how their project sounds in Atmos. They can then make an informed decision whether to complete their final mix in Dolby Atmos, 7.1 or 5.1. The metadata will remain in place regardless of how the cinema mix is monitored. Due to the downstream nature of the metadata, clients will then have the opportunity to create a Dolby Atmos master for home theatre and the additional supported devices.

This workflow could really suit independent filmmakers, as the option to create and license a Dolby Atmos DCP remains available to the distributor. If the decision is made not to use the Atmos metadata then their legacy mix will still benefit from the fantastic 7.1/5.1 re-render.

As for the other formats…

IMAX, DTS:X and Auro 3D are also helping to cement the legacy of 5.1. Sometimes the biggest budget movies are released in all formats. However, in these situations it is my understanding that Dolby Atmos is commonly used for the primary mix. The Dolby RMU’s ability to generate multiple re-renders makes it ideal for this purpose. The alternative formats are subsequently created using re-renders and the Atmos Object panning as a starting point. We have recently installed DTS:X and this order of working makes perfect sense. DTS:X can be used for cinema mixes, Blu-ray and headphone mixes on supported hardware.

It has become standard for sound editors and sound designers to work in 5.1 before reaching the mix stage. This process can now include laying the foundations for a native Dolby Atmos mix. The preservation of the automation data between the cutting rooms and mix stage will be exactly the same. There is a learning curve to Dolby Atmos but widespread availability of the tools, enthusiasm for the format and creative time in the cutting room should lead to some amazing projects.

One of the nicest things about working on Dolby Atmos projects has been the enthusiasm from musicians. For example we worked on the short film Escape. The music was composed and performed by Imogen Heap. It was fantastic to work with her on the mix stage. In a bold move she made every musical element an Atmos Object. The only exceptions were some of the reverbs and delays. It was great to have so much creative freedom without being restricted to conventional channel-based stems.

In a completely contrasting musical style we recently completed a mix for Hardcore Underground called ‘Blu The Roof. ‘The film is an HDR graded 4K Ultra HD Blu-ray that creates the sense of being at a Fracus & Darwin DJ set in Phoenix Arizona. It was a really exciting project to work on. The producers now want to start producing their music in Atmos and are very excited about development of the format in nightclubs.

The evolution of audio in cinema, music, games, 360 Video and VR are all driving consumers to demand more immersive sound experiences. It is very exciting that more directors and producers can now tell their story with the most creative tools. I’m really looking forward to working on a wider range of productions as we move on from 5.1. The audience is ready.

Adam Daniel has been a re-recording mixer for 18 years. He started his film career in the sound department at Shepperton Film Studios, and after six successful years, Adam left the Pinewood Shepperton Group and formed Point1Post. In addition to mixing, Adam is an accomplished sound editor and also provides consultation services for studio installations and post-production workflows.