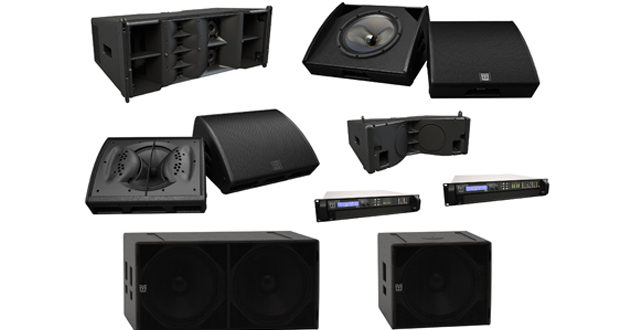 Martin Audio has unveiled a comprehensive line up of ten new products across multiple categories including line arrays, stage monitors and amplifiers at Prolight + Sound 2017.

First up was the Wavefront Precision Series, a new generation of multipurpose line arrays designed to bring Martin Audio’s signature sound to a broader range of touring applications, installations and budgets.

To accompany the new Wavefront Precision, two new subwoofers were unveiled: The SX118 and SX218, a single 18in and double 18in respectively.

“Martin Audio’s MLA Series remains the definitive optimised array technology in the market place today, offering customers both the hard avoid feature (the ability to limit coverage in a zone by as much as 30dB) and the patented ability to optimise against multiple target functions — such as frequency response, SPL gradient and leakage, which no other competitor product can,” explained managing director Dom Harter. “But the MLA family consists of fixed resolution systems and what we wanted to do with Wavefront Precision was to introduce a solution whereby customers could have a flexible and scalable approach to resolution and control of coverage.”

Next in the roster of new products was the XE Series, combining sleek, low-profile enclosures with Coaxial Differential Dispersion technology and a patent pending third static waveguide. The XE300 (1 x 12in LF) and XE500 (1 x 15in LF) are designed to deliver ‘perfect’ monitor sound with a defined coverage pattern that allows the artist freedom of movement, while reducing overlap with adjacent monitors.

The XE series is designed as a complete system and is partnered with the new iKON 4 channel amplifier.

Finally, the last series to be unveiled was a brand new LE range of stage monitors. Both the LE100 (1 x 12in LF) and the LE200 (1 x 15” LF) are designed for a wide range of users and applications — from up-and-coming bands and regional rental houses, to corporate AV events, houses of worship and fixed installations.

With extremely compact enclosures and the same Coaxial Differential Dispersion drivers as the CDD-LIVE range, the LE Series monitors utilise a coverage pattern that, according to Martin Audio, allows performers greater freedom of movement compared to conventional monitors. Instead of the typical ‘hot-spot’, they produce a near-rectangular coverage pattern over a listening plane at head height— with a wide horizontal coverage close to the monitor that reduces gradually as distance increases to maintain consistent SPL and tonal balance. 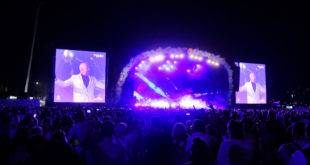