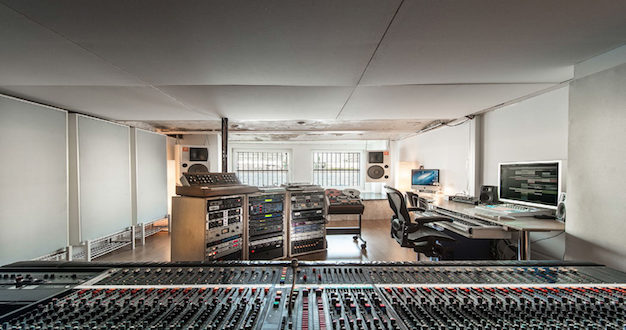 The Audio Engineering Society has announced the schedule of technical tours for the upcoming 142nd AES Berlin International Convention, taking place 20 – 23 May, 2017 at the Hotel Maritim Berlin, Stauffenbergstrasse.

Offering the chance for AES All Access attendees to take behind-the-scenes tours of some of the most advanced and prestigious audio production and product development facilities that Berlin has to offer, the programme was organised by technical tour co-chairs André Maletz and Dominik Trampf. Onsite ticket sales at the convention will be available on a first-come, first-served basis beginning on Friday 19 May.

Two tours will kick off the AES Convention on Saturday 20 May. The first to the Museum of Communications, Berlin, which houses a permanent exhibition offering insight into the origins, development and future of the information age, while a revolving series of temporary exhibitions showcases the many different aspects of communication.

The second tour offers the option of visiting Emil Berliner Studios, a highly-renowned facility named after the German-born inventor of the gramophone and the gramophone record and one of the rare few facilities in the world that offers direct to disc recordings.

Sunday of the Convention offers three tours, beginning with Meistersaal/Hansastudio, where David Bowie, Depeche Mode, and others recorded and mixed some of their biggest records. Next is a tour to HEDD Audio (Heinz Electrodynamic Designs), which manufactures analogue studio monitors for music production, broadcast and installation. The final Sunday tour will visit Berlin’s nHow Studio, which houses two control rooms, a recording booth, and a large lounge with a view out over the Spree River to end the day.

Day Three begins with a tour of Tegeler Audio Manufaktur, where longtime developer Michael Krusch designs, produces, and tests high-end recording studio equipment. The second tour will take attendees to StageTec of Berlin, which has specialised in the design and manufacture of digital audio technology for over 20 years. The final tour of the day will visit Riverside Studios (pictured), a unique collective of renowned artists and professionals located in Berlin’s Media Spree, which spans over 1200 square-meters with 20 studios.

The final day of the Convention will include four tours to several unique Berlin locations, including U-He, developer of globally known and adopted synthesiser and effect plugins, and the SAE Institute Berlin educational facility. Another tour will lead to Technische Universität Berlin, Electronic Studio, which focuses on production and presentation of electroacoustic music, and houses a rare 12-channel playback-system. The final tour will take a trip to Funkhaus Studios, which was originally conceived as a recording space for live radio productions, offering a set of rooms with completely different acoustic properties.