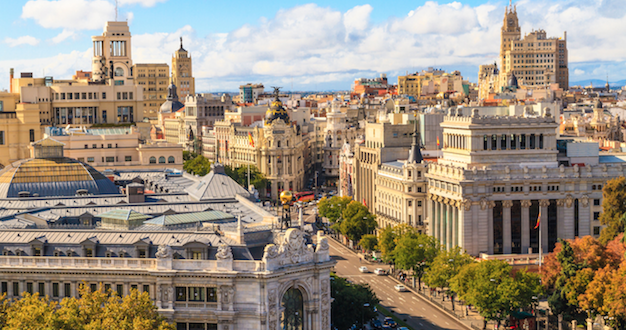 As Spain begins to show real signs of recovery after the economic crisis, pro–audio manufacturers are looking to capitalise on its thriving tourism industry by refining their live and install products. Colby Ramsey speaks to some manufacturers to find out where the market is heading and why.

The state of the pro-audio market in Spain has improved quite a bit when you compare it to the post-recession years, during which the country’s economy suffered momentously. A number of detrimental factors combined together saw the total market value halved in 2008, and the years following proved especially difficult for manufacturers in the domestic space.

In 2017 however, things seem to be looking up, with increased wealth in the economy having clear repercussions in the leisure sector. With a large number of big music festivals running from early April through to October, this can only mean good business for the live sound market. According to sound reinforcement system manufacturer D.A.S. Audio’s marketing director, Robert Giner, last year was the biggest year in history for the Spanish tourism industry with a total of 75.3 million tourists visiting the country, and 2017 looks just as healthy.

“This provides hotels, restaurants and related venues like pubs and bars with the confidence to invest in modernising or upgrading their existing AV equipment, so the install market is active as well,” says Giner. “The situation is substantially better than it was five years ago.”

Joan Amate, vice president and CTO at Amate Audio, another maker of professional sound systems, concurs with this belief that the Spanish market is recovering, as new clubs open their doors and rental companies continue to renew their equipment.

“The tourism sector increase of the past few years, the presence of the big retail chain headquarters like Inditex and Mango and our competitive prices make Spain an interesting and growing market,” adds Daniel González, marketing director at install speaker specialist Ecler, “thus promoting more competition, the presence of more brands, changes in distribution and sophisticated demand and requirements from the customers.”

While there are few factors that truly differentiate Spain from other European pro-audio markets, Giner believes that companies have the consistently good weather to thank for the amount of tourists that it attracts to the country year after year, resulting in strong and stable demand for music related products, be it for live or for install. Furthermore, González observes a developing ‘global stream trend’ – a requirement for “more integration, more friendly control and a highly specialised setup.”

Despite this, Amate reflects that it has not been an easy time for pro-audio manufacturers in Spain since it became a member of the EU, with domestic product being all too often compared unfavourably with that of other European manufacturers, making it paramount to have a very good value proposition to convince customers to buy local.

“This is a misguided sentiment and one we are actively proving wrong,” Amate remarks. “In current domestic market conditions, within much of the EU, commercial success is dependent on an ability to successfully cultivate extensive export markets. Spain, and the Barcelona area in particular, possesses high levels of modern electrical engineering skills and a highly successful technical education sector, making it a highly competitive centre for technological industries.”

Yet as manufacturers in the domestic market attempt to stay buoyant, there are a number of more specific, pertinent challenges that some of the bigger players may want to consider further. The main problems, as Giner sees it, are competitor related, as companies become consolidated into large groups offering everything from lighting and video to sound and amplification. “The synergies created by this grouping and the vast knowledge base generated by such diverse technologies poses a real challenge for the typical Spanish or even European pro-audio manufacturer,” he explains.

Amate says that the big online retailers continue to have constringent effects on the Spanish market – a problem that is shared with many others on the continent. While this has affected traditional music stores as well as installers, “we have maintained the traditional sales channels, so our dealers are not exposed to the price ‘pressure’ created by those webshops,” he says.

Additionally, there have been a number of significant changes to domestic legislation and fiscal policy in Spain that have affected the pro-audio market there, particularly the live and install sectors. As EN54 rapidly becomes a requirement in all new European venue installations, manufacturers are increasingly investing time and money into offering product compliance. D.A.S. Audio was quick to launch a series of EN 54-24 compliant products including line arrays, which have already been installed in many venues in Europe. González envisages this trend developing further under the regulation, yet Giner sees this requirement “proving difficult for smaller companies however, with some finding it impossible to fund the EN certification, especially if they wish to validate a range of products.”

Amate describes how legislators made business even more challenging by increasing the rate of VAT on cultural activities and entertainment from 8% to 21% during the middle of the recession, “so suddenly tickets for concerts, clubs, theatre, and other performances were more expensive – or more usually, prices remained the same but margins were squeezed for promoters, organisers and producers,” he explains. “This meant, in the end, less cash to invest in new PA systems.”

While these kinds of factors pose a potential threat to Spanish pro audio manufacturers’ offerings in the live sound market, many systems continue to be upgraded or expanded. Meanwhile, the public sector is not as active as in the past when local and provincial government budgets were bigger, so most of the business in the install space now tends to come from the private sector.

Fortunately for them, however, Spanish manufacturers are successful exporters, meaning that their products are proven in international markets. “This is good for everyone, because it positions our country near the top in terms of pro-audio manufacturing,” says Amate. “In the last five years 90% of our turnover was generated in overseas markets.”

“This is a highly specialised market, and the installer is the one that materialises the projects, makes the prescription and develops the installation; therefore alternative channels like e-commerce have a very low incidence in the pro-audio market,” González adds.

Even after taking all these points into account, it remains difficult to forecast the projected health of the Spanish pro-audio market. The general consensus seems to be that if the economy maintains a growth rate above 2.5%, then business should be good. González claims that if the economic markers and high activity in the tourism market continue as they have been, then the next five years could prove to be very promising. Although, with so many factors that can change the business climate, this arguably remains nothing more than pure speculation.

A more likely observation is that the classical sound reinforcement sector is expected to see moderate growth, as the tourism and entertainment industries continue to gain traction. “New trends, like immersive sound installations and other emerging technologies – which are well established in and around Barcelona – will probably determine whether the sector experiences significant additional growth,” states Amate.

So just as Spain comes up for air following the economic crisis, an element of lingering uncertainty remains ever present, and pro-audio manufacturers there will undoubtedly be looking to keep their heads above the surface by bolstering their offerings and attempting to solidify their place in the market as they enter the decade’s final quarter.