Home / Highlight / How might Brexit affect the touring industry? 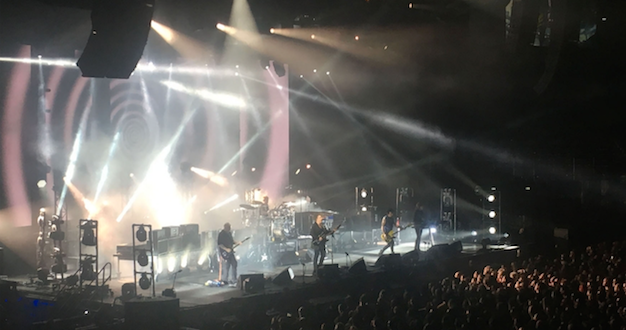 As I write this, all factors indicate that the UK government will trigger Article 50 of the Lisbon Treaty by the end of March and officially start the negotiations that will see the UK leave the European Union. There is no doubt that this process will change our relationship with Europe forever (in some ways it already has) but how will it affect the UK touring industry?

Travelling to Europe to tour, play festivals or for promotional trips is a key stepping stone for up-and-coming acts and a well-trodden path for established acts. It allows access to nearby foreign markets while providing valuable experience and exposure. The ability to easily hop across the channel is something we currently take for granted, but this is likely to change.

Membership of the European Union means that UK nationals can move freely into and around Europe, but when the UK leaves the EU, depending upon what deal is struck, UK nationals may require a visa or work permit to enjoy the same freedom of movement.

Requiring work visas is nothing new for touring acts and their crew – they’re currently needed for pretty much every country outside of the EU where no reciprocal visa free agreement exists. The visa requirements differ greatly from country to country – you often need a sponsorship letter (inviting you to perform) and sometimes require an embassy interview as well as proof of capital (i.e. to sustain you while in the visa zone) and proof of individual medical / travel insurance. In some cases the hassle and cost of obtaining work visas is the responsibility of the promoter, but that’s unlikely to happen in Europe where promoters will see it as an unwanted additional cost only applicable to UK acts. At the moment a standard Schengen visa costs €60 for a stay of less than 90 days – not a major individual cost but it soon mounts up for larger touring parties.

Carnets are currently required if a touring act plans to carry equipment outside of the EU. A carnet is a temporary export document (some people call it a passport for gear) which obviates the need for customs declarations at border points and the deposit of a guarantee or bond in the country of temporary importation (according to the London Chamber of Commerce). The cost of a carnet depends on the value of the gear being transported but processing fees start at about £200 (paid yearly) and quickly escalate into quadruple figures. UK goods and equipment are currently exempt from this requirement while travelling in the EU.

The transportation of merchandise also currently presents an issue outside of the EU – something which is painfully familiar to anyone who’s toured Switzerland. When entering Switzerland, touring acts are required to pay VAT on any merchandise they’re carrying before entry is allowed. This is estimated at the point of entry and then calculated at the point of exit; any difference (due to unsold stock) is then refunded. This not only introduces additional costs but can entail significant delays at border crossings.

Another key factor is the Pound to Euro exchange rate, which has already experienced a downturn as a result of the referendum vote back in June 2016. If this trend continues it will inevitably increase the running costs of touring in Europe (i.e. fuel, hotels, tolls, etc.) while slightly increasing the value of show fees paid in Euros. It’s difficult to predict the net balance but it will certainly require careful and precise accounting.

So it looks like we’ll have a situation where touring acts at all levels of the industry are likely to encounter additional costs as a result of needing to get visas and carnets as well as an increase in the amount of paperwork and preparation required for a European trip. Higher level acts, who are used to touring the world, will easily be able to swallow these additional costs – they even have it in their power to increase ticket prices, if necessary. Where it will hit hardest is the up-and-coming or less established acts – the ones who are already struggling to break even. For them this could be the final straw that makes European trips untenable.

And it’s not just European touring that will be affected by the UK’s withdrawal from the European Union. A significant amount of revenue is generated from people travelling to the UK to attend concerts and festivals as well. According to Wish You Were Here 2016, an economic study into the contribution of live music to the UK economy during 2015 by the organisation UK Music, 38% of live music audiences were music tourists and 767,000 travelled from overseas to attend live music events, making a total box office spend of £38 million. Not all of these people came from the EU but a restriction of the free movement of EU members into the UK is bound to have a negative impact on those figures.

When I started talking to people and researching the facts for this article, one thing that struck me was that nobody could come up with a single positive impact on touring – it’s only likely to lead to an increase in the costs as well as the required administration. The only potential lifeline I found is a plan proposed by Guy Verhofstadt, the European Parliament’s chief negotiator, which will offer UK citizens the chance to individually apply for EU membership and thus retain the right to free movement. This will inevitably involve an additional cost but might be a better long term solution to keep the channel open for acts at all levels.

It’s important to remember that we currently have no idea what kind of trade, movement or customs deals the government is going to be able to strike with Europe, so all of this is pure speculation, but whatever happens we are undoubtedly headed for difficult and challenging times.