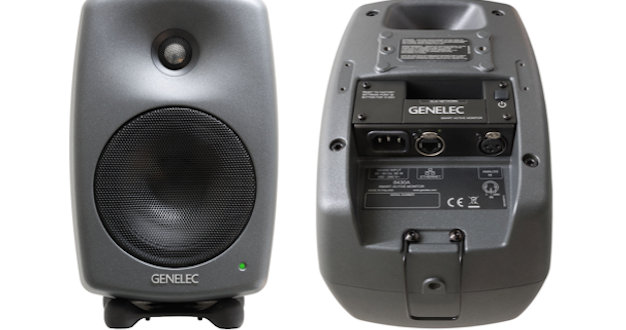 Nigel Palmer heads down to Scrub’s new demo facility to have a play around with this monitoring ‘world first.’

When a set of loudspeakers is sent to me for review, testing usually takes place in my purpose-built space at Lowland Masters. In its natural state the room is one of the better ones I’ve heard, but in recent years I’ve been able to improve on that with the addition of a DSP-based Trinnov loudspeaker and room optimiser system.

This has resulted in a degree of transparency for mastering work where I don’t think so much of the audio as coming from loudspeakers, but more as a live image laid out in front of me. It was therefore with some interest that in 2015 I reviewed a pair of Genelec 8330A loudspeakers and a 7350A subwoofer for this magazine – that article being quoted here where relevant. My interest stemmed from the fact that the speakers form part of Genelec’s SAM or Smart Active Monitor range, and have on-board room correction driven by Genelec Loudspeaker Manager (GLM) software. I was pleasantly surprised at how this relatively small setup was able to go head-to-head with the house monitoring, to the point of generating similar sounding and looking correction curves to that created by the more expensive Trinnov.

Clearly there was something going on worthy of further investigation, so when I was asked to review the new 8430A IP monitor, which in addition to SAM and GLM facilities also – so far uniquely – offers RAVENNA audio-over-IP (AoIP) and AES67 capability, I was pleased to take it on. For logistical reasons the evaluation needed to take place at Scrub in central London; although I would be out of my usual space, I had confidence about the exercise born of previous exposure to a SAM system’s ability to neutralise room effects to taste, and also the similarity of voicing found across Genelec’s current models.

I duly presented myself at 69 Wells Street in the Fitzrovia district, home of Scrub’s gleaming new demonstration facility full of all manner of pro-audio and post-production goodies, including an impressive all-Genelec Dolby Atmos and stereo speaker rig where a software solution routes multiple sources to any destination in a number of formats. The room, although benefiting from informed use of acoustic treatment, is what I would describe as ‘real-world’ – typical of London audio facilities around the central zone where room shape and size is dictated by the available real estate, and it was fascinating to hear the aplomb with which the speakers’ signal processing coped with such things such as variations in surround and back wall distances, these effectively becoming non-issues. Having been introduced to the affable John ‘JJ’ Johnson, CTO presiding over the demo room, we got down to looking at the 8430A IP’s facilities and performance.

Prior to this review I knew little about audio-over-IP, apart from being aware that at least one digital audio workstation, Pyramix, can use RAVENNA to talk to, for example, networked AD and DA converters. With audio people sometimes being a conservative bunch, I suspect I wasn’t the only one, so here’s a brief introduction:
From 1996, CobraNet was the first commercial system to deliver uncompressed, multi-channel, low-latency digital audio over a standard Ethernet network, offering a degradation-free alternative to analogue audio over long cable runs. Later technologies such as Dante, and Genelec’s choice, RAVENNA, have built on the idea with higher channel count and sample rate capability, greater redundancy and lower latency, while focusing on broadcasters and production facilities. In 2013, the Audio Engineering Society published the AES67 open standard, promising “interoperability between previously competing networked audio systems and long-term network interoperation between systems”. Compatibility with the standard means RAVENNA can now talk to other protocols, potentially avoiding format wars such as those plaguing video development in the past. With AoIP’s state of the art now at a relatively advanced stage, manufacturers are getting on board with audio products of all kinds – for example, Focusrite offers an IP headphone and line-level amplifier with integrated DAC, the RedNet AM2, and Audio-Technica has networkable microphones; although at present they’re mostly intended for conference-style applications, I’ve no doubt professional studio mics are not far off.

Closely resembling the 8330A, the 8430A IP is a two-way ported design in a smart dark grey finish measuring 299mm (H) x 189mm (W) x 178mm (D) (approximately 12” x 7.5” x 7”). Contributing to the height is an Iso-Pod, a neat rubber foot assembly which helps decouple the speaker from its support and allows a ±15° tilt – a useful solution in locations such as console bridges. The 8430A’s die-cast aluminium enclosure, curved to reduce edge diffraction, has a 130mm (5”) woofer and 19mm (0.75”) metal dome tweeter powered by 50W Class D amplifiers, and weighs in at 5.5kg (12.1lb); a power/status indicator at lower right next to the maker’s badge completes the front view of the unit. At the rear, below the reflex port and mounting points, is a pair of RJ45 sockets for the GLM network; below these and a power/reset switch is a panel containing, from left to right: mains input, an ethernet port and lastly an analogue input on XLR – note that there’s no AES digital I/O as in the 8330A, this being made redundant by the speaker’s AoIP capability via Ethernet.

Setup procedure for the GLM network is straightforward and clearly explained in the accompanying guide: in a stereo or surround system the adapter hub provided is connected to a computer via a USB port, then the adapter is daisy-chained with network cables (also provided) to the satellite speakers and then the sub, where present. Audio connections having been made, the system’s omnidirectional microphone is connected to the adapter and placed pointing upwards at the usual listening position – you can also create profiles for other parts of the room such as a client sofa. After the GLM software – available for both Mac and Windows – has been fired up, the process of calibration can begin: the speakers on the GLM network are identified, the room position of each being confirmed by dragging icons on a graphical grid while the physical unit being placed emits an identifying tone. Having named the group, the microphone’s icon is clicked to start calibrating via a short swept tone from each box, which is analysed and a suitable EQ correction curve generated. Once the calibration settings are saved, the final step, where relevant, is for the software to set the sub’s relative phase with a low frequency tone.

Above: The demo took place at the Genelec Experience Centre within Scrub’s new Wells Street premises

On listening to a pair of 8430A IPs at Scrub in combination with two 7370 subs, I was immediately on familiar ground, thanks at least in part to the SAM/GLM room correction – presentation was very similar to my memory of the 8330A/7350A combo I’d previously experienced back at base, with the same ease and ‘rightness’ I remembered together with smooth active crossover performance at 2.9kHz. I tried some of my reference CDs and was rewarded with transparency and depth on acoustic material such as Renaissance Suite from Clive Caroll’s acoustic guitar album The Furthest Tree, featuring a guest appearance by Spanish guitarist John Williams; this is fast becoming a speaker test favourite, and not just because I mastered it! Also Ry Cooder and V.M. Bhatt’s A Meeting By The River, which was recorded with a single stereo microphone in a great-sounding location acoustic straight to 1” analogue tape.

Not all the tracks I use are necessarily there only as exercises in good sound engineering: for example I often play The Blues from Marcus Miller’s excellent Tales album because it features archive speech recordings of past blues and jazz greats – a useful test of speaker fidelity is how intelligible these are against the music, and suffice it to say the Genelecs passed with flying colours. The Blues also pointed up the effectiveness of the system’s sub integration, plumbing stygian depths while maintaining a response free from obvious lumpiness or a one-note presentation. Had I switched the subs out of the GLM network I’m confident I would have observed the same graceful and usable low-end rolloff heard with the 8330A – the specification is -6dB at 45Hz, but sounds deeper.

I believe I’m witnessing a significant part of professional audio’s future in audio-over-IP, and it seems likely that with the already significant take-up of the technology in the live, broadcast and educational fields, it’s set to become a standard part of new recording studio installations. That being the case, Genelec’s achievement in bringing the first RAVENNA and AES67-compliant speaker to market in the 8430A IP is timely, offering solid audio performance alongside a degree of integration and future-proofing that I believe will serve both the company and users very well.

Thanks to HHB, Scrub and to JJ for their help in preparing this review.