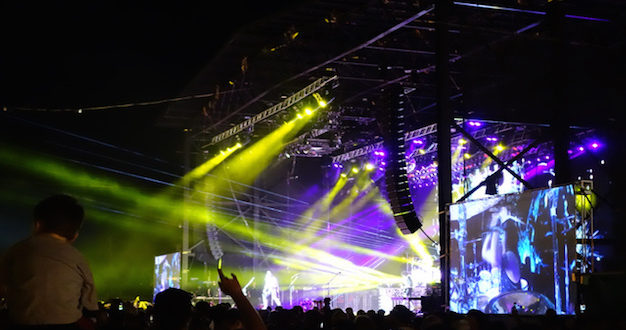 A QSC WideLine Series line array loudspeaker system was once again selected for the outdoor Grandstand stage at the most recent edition of the Great Allentown Fair, a week-long annual event owned and operated by the non-profit Lehigh County Agricultural Society for over 150 years.

The system, which comprised a mix of WideLine10 and WideLine 8 arrays powered by PowerLight 3 Series amplifiers, was supplied by Duttera Sound Services, which has been supplying production sound and lighting on the Grandstand for more than 25 years.

Chris Stapleton, Meghan Trainor and KISS were just a few of the highlights at the event.

“We had 20 WideLine 10 Series boxes hung per side,” said Jon Roth, whose Duttera Sound Service, based in Oxford, PA, has been offering its clients WideLine systems since 2006. “We had four WideLine 8s per side for out fill and four WideLine 8s as front fill. We’ve been using the WideLine 8s quite a bit lately as front fills. The WideLines, with such wide dispersion, are great for that, and were perfect for the Allentown Fair.”

During the time in which Duttera Sound has been supplying the venue with QSC WideLine systems, the lineup has included Carrie Underwood, John Mayer, Jason Aldean, Bruno Mars, Keith Urban, Earth Wind & Fire and numerous others. “We’ve been hanging QSC WideLine 10s as the in-house audio system for the last eight years,” reported Roth. “Our guys are good at tuning the rig and it always sounds great. We get nothing but compliments.”

The wide dispersion pattern of the WideLine boxes allows Duttera Sound to fly fewer hangs. “I find myself putting out more boxes than I would if it was, say, a large format concert system. But we use a lot less hangs at an event like that than we would with a 90-degree box,” he added.

Duttera Sound is constantly busy, according to Roth: “We’re getting ready to load a truck for four shows this weekend, all with QSC. Last year went out on one of the first tours by EDM artist The Chainsmokers and carried WideLines for the whole tour.” The company also does a good deal of installation work using QSC installed products. “We just got done with a Q-Sys system down in Florida with four Q-Sys Cores, a total of 110 inputs,” concluded Roth. “Last week I did two Core 500s, eight wall controllers and CXD-Q digital amplifiers amps. For much of what we do, we rely on QSC products.” 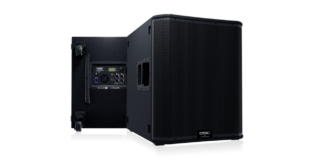 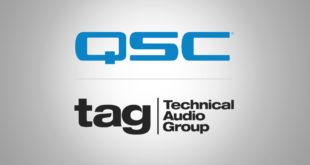 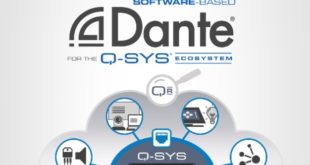