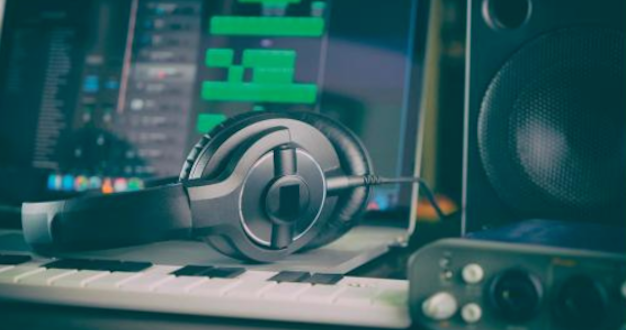 Michael Begg ruminates on how a simple purchase in an accelerated culture of brutal economics and relentless release cycles can lead to a costly, time consuming and creatively detrimental ‘cascade effect.’

Some time ago I began preparing for rehearsals ahead of an all-too-rare live show by pre-assembling my performing rig in the studio. All went well until I plugged in my trusty old controller – an M-Audio O2 – and found one of the keys to be unresponsive. After my default audio hardware repair procedure – comprising YouTube, a cotton bud, pencil lead, and lighter fluid – failed to resolve the problem I accepted that it was time to leave this piece of history behind and move on.

This saddened me as I had grown very fond of the O2. I liked it because it was slim on account of half-depth keys, light and compact. It fitted neatly into a carry-on sized case, and there were no sticks and switches waiting to be snapped by the rest of the kit in the same bag. Also, it still looked familiar enough to assure airport security officials that it was indeed a musical instrument and not some remote control unit to hack into and assume flight control of a 737 – unlike, say, Maschine, which to the untrained eye looks like a piece of kit more at home in Helmand Province than on a stage.

A direct replacement for the O2 was immediately ruled out as the model had gone out of production some years previously. This was unfortunate as I had used this controller long enough to develop an instinctive, almost subconscious sense of its capabilities and functions. Switching, mapping, transposing, cross-assigning and splitting had become as much a matter of muscle memory as conscious intervention. All of that tacit knowledge, that rich unspoken relationship with the equipment was gone. The process would need to begin anew with another model.

I settled on Novation’s Touchkey MK2. It was bulkier than the O2 so I’d have to rethink packing and rider requirements, but it came highly recommended, and the automapping to Ableton Live functionality was attractive, especially as I had already lost rehearsal time and didn’t want to spend the remaining period manually mapping the new controller to the software. However, it became quickly clear that this out-the-box mapping between hardware and DAW was only to be fully realised if I updated Ableton Live.

Experience had taught me that the upgrade cascade was now in effect. Almost predictably, subsequent to downloading the Ableton update, the suggestion arose that it was time to update my operating system. The new operating system, in turn, would lead me to consider that it was time to update the laptop. Now that my sense of reason had been vaporised by the succession of purchases, back-ups, install screens, etc, I reflected on the weight of my Macbook Pro and how it might be better – now that I had acquired a more bulky controller – to invest in a lighter laptop; a Macbook Air, perhaps?

Another round of research suggested that the number and format of ports on the intended upgrade would force me to reconsider replacing my firewire interface, or trusting in a Thunderbolt adapter, or, indeed deferring a decision until such time as Apple let it be known if the Air family is itself to be superseded by some new lightweight iteration of the Macbook Pro. Apple, as ever, elected to give away nothing at all considering future plans. Consequently, advice as to how to plan for the future came, as usual, from the teenage GAP kids on the fringes of Cupertino running breathlessly enthusiastic Mac blogs.

This reporting of an unfortunate chain of events is not merely catharsis on my part. I think that it is only by spelling out each link in this cascade that we begin to see the true picture and gain an insight into some very real concerns. We seem increasingly caught up in a developmental and economic model that on one hand encourages us to become increasingly modular in our approach but on the other makes it damn near impossible to isolate any single component for upgrade without unleashing a chain reaction of only partly foreseeable consequence.

I am becoming fatigued with the constant renewal of port configurations, the breathless turnaround of version numbers not incurred through need but the perceived requirement to dominate the annual trade fairs. I feel under constant pressure to renew software and hardware, and it seems increasingly impossible to commit to an isolated change without setting in motion one of these precarious waterfalls.

I remember speaking a few years back with a game developer who spoke of the frustrations felt by he and his colleagues when Sony had announced the PS3. He told me that developers were only just getting used to the PS2 development kits. They were only just beginning to realise the potential for the platform at the point where the hardware manufacturer, driven by an abstracted economic imperative to release a new console, scuppered their work and forced them to begin anew.

That conversation sticks with me because it seems that this scenario touches on the common experience of the studio professional. The poignancy of the anecdote is in its revealing of the too often overlooked impact on creativity, veiled by the feel good swagger of innovation.

Whatever the root causes may be – economics or renewal cycles and market forces – it seems clear that the one figure guaranteed to be on the losing end of all this turmoil is the end user in the studio, on the stage or behind the desk. My feeling is that technological innovation and the richness of our relationship with our tools are diverging, and that this is something we should be looking at very closely. Innovation and redundancy should not be two sides of a single process. How much advancement is there really in an ecosystem that constantly destroys its own past?

Michael Begg is a freelance composer, producer and sound designer based in East Lothian, Scotland. He also records and performs with the cult ensemble, Fovea Hex, and writes articles about sound, music and theatre. www.omnempathy.com Twitter: @michaelbegg 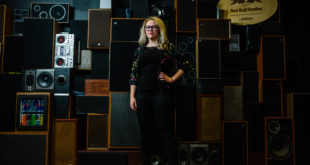