Home / Feature / Feature: How strong is the custom speaker sector? 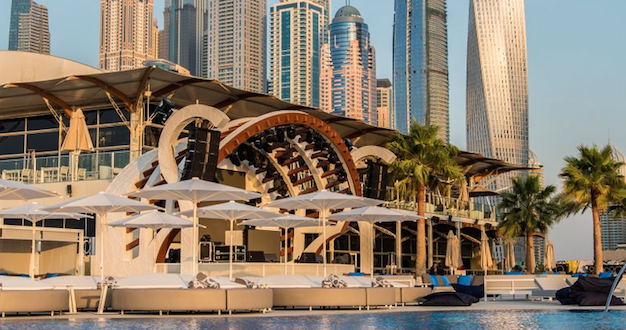 Feature: How strong is the custom speaker sector?

David Davies finds out more about the whys and wherefores behind a substantial – and growing – contributor to the pro-audio business.

"Bespoke solutions are becoming a rapidly growing part of the market,” says Pioneer Professional Audio Manager Alex Barrand in an observation that is echoed by everyone that AMI spoke to for this feature. Whilst customisation might involve the amendment of standard, off-the-shelf product, it is clear that a growing majority of users require some form of adaptation – be it in the form of a special colour or finish, or an enhanced output.

Not surprisingly, it is clubs and other entertainment venues that kickstarted the customisation trend, but recently it has spread to all manner of other applications – from conference centres to gyms. For the smaller manufacturers who are not managing substantial production lines, customisation will likely present no significant issues with regard to logistics. However, it may constitute more of a challenge for those manufacturers used to mass-volume production of a standard product range.

Whatever the size or shape of the offer, there is a general consensus that customisation requests are becoming more varied all the time. As Julien Laval, applications engineer – install at L-Acoustics, remarks: “Custom sound systems allow [clients] to diversify their offering, ensuring better revenue streams and a healthy longevity. The outlook for bespoke sound systems has never been better.”

"We consider aesthetics at the same level as performance"
"At Void Acoustics we are uniquely positioned to be able to offer customisation of our products on a variety of different levels. Having our own in house manufacturing facilities based in Poole, UK allows us to develop new techniques and finishes that give us a competitive edge within a variety of different pro audio sectors. Custom Void products have been used in Gyms, Dance Clubs and the Hospitality sector to name just a few, and have given our customers a unique way to stand out from their competition.The most popular products for customised finishes are the Air Series and Cyclone Series which can be produced in a huge variety of different colours, textures and in some cases materials. Our ethos as a brand has always been to consider the aesthetics of an audio solution at the same level as its sonic performance, and combing the two at the highest level is what makes our products uniquely Void." Mike Newman, Void Acoustics

The customisation trend takes place within the context of an installed sound market that, says Laval, is “incredibly dynamic at the moment, presenting a diversity of challenges. We’re seeing a demand for touring-quality sound in places that previously didn’t feature music, as recognised sound engineers and artists move into venues such as stadiums, clubs or even wedding halls.”

Funktion-One’s Ann Andrews concurs that the demand for customised product is “very healthy. Since we started Funktion-One in 1992, we’ve had a strong focus on answering the needs of each individual customer. Our attentiveness and willingness to go beyond the standard product is often the reason why people come to us. Meeting specific requirements invariably demands some form of customisation, even if it’s as straightforward as the loudspeakers being a particular colour. It may mean something more substantial, like adapting an existing product, creating something that [is a complete] one-off, or developing a brand new loudspeaker.”

In terms of specific applications where the call for customisation is strongest, Laval observes that “one of the biggest areas of expansion [is] clubs and sports facilities. We’ve recently installed touring-grade sound systems in high profile nightclubs like Omnia in Las Vegas or Zero Gravity in Dubai, or sports facilities such as the Rupp Arena in Kentucky and the University of Phoenix NFL stadium in Arizona. Both of these markets are being driven by a need to attract the globe’s top talent. To them, installing an L-Acoustics system allows them to ensure artists that they will perform in the best conditions. At the same time, they require a flexible system that can work for a high-profile music event, but also cover their core business (sports or DJs, for example).”

Barrand also confirms the current vibrancy of the bar and club sectors, observing that the present creative boom owes something to “the development of licensing laws that allow extended opening hours”. This move, he says, “has blurred to a degree the easy classification of venues. Bars, restaurants and clubs obviously still exist in unique form, but many are becoming hybridised and seeing a diversity of use within a given space. The result of this is that owners and developers pay very close attention to ensuring that their audio systems offer a best fit. What is in essence a restaurant may become a club after service finishes, and so customising audio provision to cater for different demands is vital. Interest from this sphere is very strong.”

There is currently “a big appetite for customisation in nightclubs,” agrees Andrews, “particularly in the US, the Middle East and Asia at the moment. These venues are often very large, and with any large installation we’d expect a certain amount of customisation. Club owners are always looking for ways of making their venue stand-out – a customised sound system is a very effective way of doing that.”

But sports venues are also making increasingly specific requests. “We’ve been involved in some very interesting sports venues recently,” she adds. “This market seems to be tuning into sound quality more than it did in the past, and in our experience the solutions often involve some customisation.”

The need for manufacturers to have capacity to address specific customisation requirements is beyond question, then. But how do they go about building this into their operations, ensuring that any tricky requests can be satisfied both quickly and completely?

“Since flexibility is the key we work both with our team and our products to ensure that we are adapting and adaptable to any challenge,” says Laval. “Our Applications and R&D teams are adding skills that are as diversified as the installed sound market. [For example] we’re continually improving the digital features of our amplified controllers, [such as] adding a load checker, PA/VA compatibility, AVB compatibility, embedded log files and more DSP power.”

Barrand agrees that responsiveness is crucial. “We are constantly taking careful account of the data that flows to us from customers and installers about their needs and demands,” he says. “This data enables us to respond to each new challenge by always being focused on how things can be improved in the light of past experience. Typically a ‘bespoke’ solution might once have been something that ‘took time’, but in this marketplace we have to respond quickly, moving things from prototype to production in short order.”

For Funktion-One, the ability to customise is simply part of the well-established infrastructure of the company. “Our team here in the UK has always been ready to offer support and to adapt to meet customer needs and the demands of our customers’ clients,” says Andrews. “It’s part of the culture at Funktion-One. We’re fully committed to achieving the best possible result, and if that means customising then that’s what we do.”

For Meyer Sound’s vice-president of solutions and strategy, John McMahon, “customisation nearly always involves form factor, when a certain loudspeaker meets the performance specification but needs to be a slightly different size or shape, or requires a different type of exterior appearance, such as a grille. There is no one product that is clearly most often customised, but in general demand customisation revolves around smaller installation loudspeakers.”

Certainly, the spread of customisation projects mentioned to AMI during the course of interviews for this article is nothing if not extensive. Barrand alludes to a luxurious private boat that saw Pioneer adapt its XY Series of loudspeakers to meet the brief. “The owner, having experienced [the] XY Series at a club in Ibiza, loved the sound of the system and wanted to replicate the experience on his boat,” he says. “It was tricky to say the least, but we met the challenge of integrating the system into the fabric of the boat, including the production of marine-grade components. Although it was a demanding job, we learned a lot [that] we can take forward into further improving our processes.”

Funktion-One, meanwhile, has lately turned out some very special items for notable sports events and venues. “We built a bass horn for the Sochi Olympics which is the size of a small house,” says Andrews. “It’s an impressive sight, but the motivation – as always – was prescribing the best audio solution for the demands and challenges of that particular project. [Also] we recently worked on a customised cabinet for Krasnodar Stadium [in Russia]. The Evo 6EHQ is a specially designed enclosure that houses four Evo 6 waveguides, arrayed two wide and two deep.”

McMahon also has no shortage of recent projects to cite, including the development of a custom loudspeaker for La Reve at the Wynn in Las Vegas. “And that became the [Meyer] UP-4,” he says. “[Elsewhere] Metallica liked the MJF-212A stage monitor but wanted something with a lower profile, and so we made the MJF-210 for them. The first prototypes of the LEO line array were built specifically for Cirque du Soleil to meet the demands of Michael Jackson: The Immortal World Tour. So the role of customisation in product development has been a constant at Meyer Sound and we expect that to continue in the future.”

The Meyer Sound MJF-210 was originally made for Metallica (photo: Michael Agel)

Indeed, everyone who spoke to AMI expects the demand for customised speakers to continue its ascent over the next few years. “The market appears very robust,” says Barrand. “The trends towards venues paying evermore attention to their individuality and flexibility are strong and plain to see. Customised solutions in the areas mentioned have become almost ‘mandatory’. Costs, of course, will always be a determinant. Customisation, by its nature, renders planning difficult and can involve higher labour intensity, so keeping costs under control will inevitably be a challenge. We have to strive to be as streamlined as possible to be competitive and take advantage of the opportunities that the market increasingly affords.”

Final word to Ann Andrews, who says “it’s clear that there will always be people who want to achieve something different or unique. We certainly expect that line of thinking to continue having an impact on our business.”