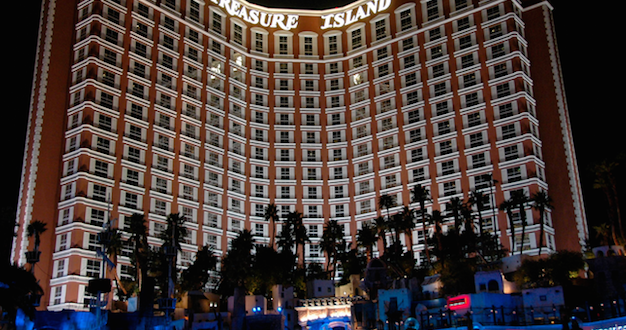 Although many may refer to it as ‘Sin City’ for a number of reasons, Las Vegas is also one of the world’s leading centres for events of all kinds, from weddings to conventions, and the Treasure Island hotel and casino is one of the largest and busiest venues on the Las Vegas Strip to regularly host events such as these.

According to Carlos Elorza, its lead AV technician, Treasure Island is home to five large ballrooms and several meeting rooms, as well as mobile audio systems in each room that have to be set up and broken for every event, but over time it became clear that the equipment was getting increasingly outdated.

"These systems and the infrastructure is more than 25 years old, and tying all our different locations together has always been a challenge," said Elorza. "In order to keep up with the demands of our busy event calendars, we had to make some serious changes."

Central to those changes was the introduction of Mackie DL32R 32-channel digital mixers with iPad control. The DL32R’s matrixing capabilities and wireless mixing control opened up a range of new possibilities for Elorza and the rest of the crew, enabling full connectivity and total control from anywhere within the hotel’s meeting spaces.

"Rather than having to tie everything back to a central control room, the DL32R enabled us to matrix every single room, individually, via its own designated aux send," Elorza continued. "It enables us to create different zones for each room, and do room combining where we need it by just flipping an aux post-fader."

Using Mackie’s free Master Fader app, the crew can pull up each room’s dedicated faders and mix from anywhere in the room. "I have complete, individual control over every single output," Elorza explained. "And the onboard DSP enables us to handle everything from speaker delays to effects for live shows."

The DL32R’s Dante capabilities were another factor that led to this choice of mixer, added Elorza: "Right now, we’re connecting to the DL32Rs via our existing infrastructure, which is ageing and can be problematic. Our plan is to replace all that with Dante connections, which will give us even more functionality."

Elorza reports the DL32R has made a real difference in the hotel’s AV capabilities. "I have yet to find a task or a situation where the DL32R hasn’t been able to deliver what I need and then some," he concluded. "Once again, Mackie comes to the rescue."