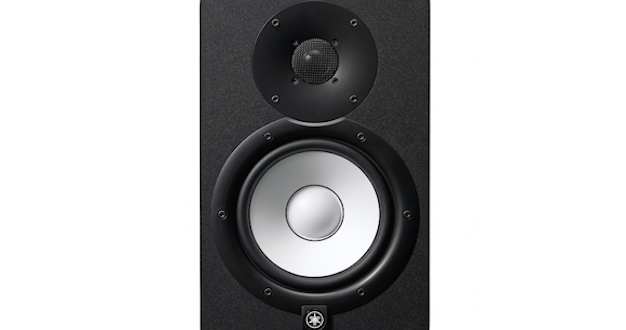 Stephen Bennett lines these new install-friendly nearfields up alongside two similar alternatives to see how they fare.

Many moons ago, in the mists of distant audio past, a pretty average speaker destined for home use became the de facto nearfield studio monitor – even though it had a limited low frequency response and reproduced highs so brittle that tissue paper was often used to calm the tweeting. It was relatively cheap to buy, featured a midrange that many found useful when balancing vocals and, in a world of few competitors, became ubiquitous in recording studios all over the world. The Yamaha NS10s featured a distinctive white-coned mid-range/bass unit – as, indeed, do the monitors under review here – the HS7I. So how do the latest range of Yamaha nearfields, which now offer three new optional bracket types (Wall, Ceiling and Baton) measure up to their Marmite-like ancestor?

At 210 x 332 x 284 mm, the HS7I are around the same size as the NS10s – but that’s pretty much where the similarity between the two speakers ends. These are bi-amped powered ported monitors, with a cabinet constructed of braced MDF complete with a black plastic finish that looks like it could easily cope with the trials and tribulations of studio life. The aforementioned white 6.5in woofer is driven by a 60W amplifier while the 1in dome tweeter is served by 35W of audio goodness. At just over 8Kg each, they feel sturdily constructed and exhibited no unwanted panel rattles or resonances even at the ear-deafening volume that these speakers are capable of. As a bonus, the front-panel Yamaha logo is not overwhelmingly bright when the monitors are powered up – unlike some, whose LEDs are more like laser weapons than status indicators. The rear panel is pretty straightforward and features the cooling for the amplifiers, a standard I.E.C. mains socket and balanced XLR and TRS inputs. A level control adjusts the output of each speaker, with the zero setting being set at a nominal +4dB. The Room Control is a three-way switch that attenuates the output below 500Hz by 2 or 4dB, while the High trim switches between three settings, allowing the user to boost or cut the signal over 2kHz by 2dB.

These switches are not as flexible as the continuously variable controls found on some other monitors, but they do mean that settings are easily reproducible and, by judicious placement and the use of these controls, an acceptable tonal balance was quickly created. Frequency response is specified at 43Hz-30kHz (-10dB) and 55Hz–24kHz (-3dB) – the manual helpfully provides a frequency plot, while nothing during the audition period made me doubt these claims.

The HS7I isn’t a fancy physical design at all, with just some gently curved edges distinguishing these monitors from the simple boxes of the NS10. But in another nod to the past, the HS7Is also have a metal grill protecting the soft-domed tweeter, which is a very useful feature to have if the speakers are to be used in an educational environment where pushed-in drivers abound.

As the HS7I is rear-ported and has heat exchange fins at the back – you don’t want to be pushing these up against a wall, which was a trick often used with the NS10 to increase the speaker’s bass response via the boundary effect. For this review, the HS7Is were set up on stands away from walls and corners alongside pairs of ADAM S1X and ATC SCM 16A powered monitors, both of which feature 6in midrange drivers. As predicted, the sound from all three monitors was very different, given that the ADAMs have a ribbon tweeter and the ATCs are a sealed-box design. However, the Yamahas come across as reasonably balanced and a tweak of the rear HF and LF controls brought the sound into a similar sonic ball park as the ADAMs – though inevitably with less of a sense of the mid/high frequency detail afforded by the latter’s ribbon tweeter.

For nearfields, the HS7Is give you quite enough sense of what the bass is doing without too much of the ‘one note’ quality you get from some ported designs. I would have liked to have tried these with the matching HS8S subwoofer as the Yamahas could form the basis of a nice 5.1 surround system for small rooms, but they played well with my usual Genelec sub after suitable tweaking of the low frequency controls. Once acclimatised to their particular ‘sound’ after playing back some familiar tracks, mixes using the Yamahas came together pretty quickly and these transferred well to other playback systems – so if there are problems with your work, it’s unlikely to be an issue with the HS7I.

Unlike when the NS10s first hit the stores, the current market is awash with compact high-quality nearfield monitors. The HS7I does not really stand out from its competitors in this price range in any appreciable way, but it does have an individual ‘sound’– which you may like and which is why auditioning monitors, preferably in the location they are going to be used, is a must. The striking white cones that dominate the visual design of the HS series could be seen by some as a cynical marketing exercise by Yamaha, playing heavily on the company’s past successes. But the HS7I is a well-constructed monitor that is subject to few sonic vices – within the limitations of small powered twin-driver ported design, that is. You might just find that Yamaha’s latest white-coned monitor is perfect for your application – and they are definitely a step-up in both usability and sonic quality from their (sort of) illustrious ancestor.