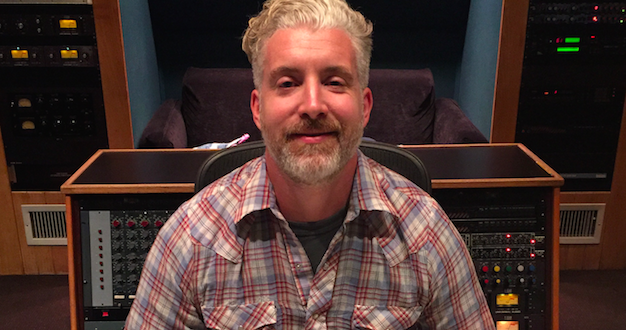 Prior to NAMM 2017, Adam Savage asked recording engineer Tom Syrowski, one of the TEC Awards nominees, to tell us about his work on the Super Bowl 50 Halftime Show – the job that led to him being shortlisted for the prestigious accolade…

Tell us a bit about your role on the Super Bowl 50 Halftime Show broadcast. What were your responsibilities?

My primary responsibility was making sure everything worked and sounded good once it got to the truck. As you can probably imagine there are a lot of people involved and most have never worked together before. Making sure everyone was on the same page was important. We had sound checks everyday the week leading up to Sunday to make sure we were all good.

What were the main challenges that you faced? Did you have to overcome any unexpected problems/obstacles?

Luckily I had done Bruno [Mars]’s Super Bowl previously so I knew what to expect, and it was great that Chris Martin and Coldplay were so easy to work with. And Bruno and Beyoncé having done their own Halftime Shows were pros as expected. Equipment and backup equipment was checked and double checked every day so we didn’t run into any problems.

How did this year’s show compare to your first Super Bowl? Were there similarities in the way you approached both jobs or did you have to come up with a completely different game plan?

The main difference with this Super Bowl was the weather. In 2014 the Super Bowl was held at MetLife Stadium in New Jersey. It was freezing everyday of rehearsals that year and extreme temperatures and electronics don’t go well together. So this year was great because we were in San Jose and had beautiful weather. We also had the amazing Le Mobile truck, which is one of the coolest and most reliable location audio trucks in the business.

Could you run us through some of the main equipment/facilities that you used? If you had to pick just a small selection of gear that you found yourself relying on most what would they be, and was there anything that you tried out for the first time or had to use in a different way to how you would normally?

The Le Mobile truck has a Neve 8058 48-channel console installed in the back. As an audio engineer, seeing this was incredible. Seeing a console like this in a world-class studio is not uncommon, but in the parking lot of Levi’s Stadium it is. As for gear, I relied the most on the equipment used for the vocal chains. I used a channel on the Neve, an LA-2A and a dbx 160. This is the same thing I would do in the studio and it has never failed me so there was no question as to what to use.

What was it like working alongside Brendan O’ Brien and Guy Charbonneau? We understand you and Brendan have been a duo for some time now and Guy has had such an amazing career so you must’ve been pretty happy with the team you had around you?

I have been working with Brendan O’Brien for the last ten or so years in some capacity or another but I’ve been his recording engineer for the last seven years. It’s because of the things I’ve learned over those years that I am the engineer I am today. I can remember when I was a kid and the Red Hot Chili Peppers album Blood Sugar Sex Magik came out, and back then I would read every last bit of the liner notes over and over again and Brendan’s name was on the back of that. So I feel like since the very moment I started truly loving music I knew his name and his work. Guy Charbonneau is a classic audio guy. His whole life is that truck and what it can do and I truly appreciated his help and experience.

How does it feel to be a TEC Award nominee?

I was very flattered and I am glad that the NFL, Coldplay, Bruno, and Beyoncé gave us the opportunity. It’s great to have our hard work appreciated.

What are you working on at the moment, and have you had any other big projects come up recently?

I have been working with some virtual reality companies lately helping them navigate the audio part of that experience, which is very exciting because it’s so new. I worked with Chris Cornell on his latest solo album Higher Truth, which was a dream because he is a hero of mine (I am a 13-year-old grunge kid at heart). I’ve also been producing some tracks for Joe Sumner who is a great friend and a very talented artist.