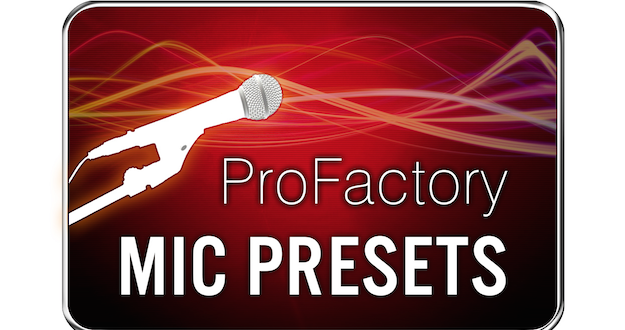 According to Allen & Heath, the ProFactory Mic Presets offer engineers of all abilities ‘the ideal starting point to get the best possible sound out of their instrument, microphone and mixer combination, in record time and across a large range of popular and industry standard mics.

The new additions include presets for Audio-Technica’s MB, ATM and Pro series microphones, joining those for the evolution e600, e800 and e900 series from Sennheiser and PGA, SM and Beta series from Shure.

The team at Allen & Heath worked closely with engineers at each manufacturer to ensure that the optimal settings were applied for each mic paired with Qu’s AnalogiQ preamps.

“Building a specific library of equalisation presets for Audio-Technica microphones on the Qu series has not only enabled us to ensure that the user can begin their work with a confident and solid foundation, but also has provided the opportunity to bring to the forefront the nuance and subtleties that make this selection of Audio-Technica microphones so rewarding to use in the creative process,” said Keisuke Kobayashi, CMO/CTO at Audio-Technica Corporation.

Matt Engstrom, category director for wired products at Shure, added: “We appreciate the opportunity to implement presets for Shure microphones directly into the Qu consoles. The combination of the powerful Qu mixers and Shure mic presets gives users an easy way to get their setup dialled in and quickly sounding great.”

The presets can now be downloaded from the Qu series product pages on the A&H website.