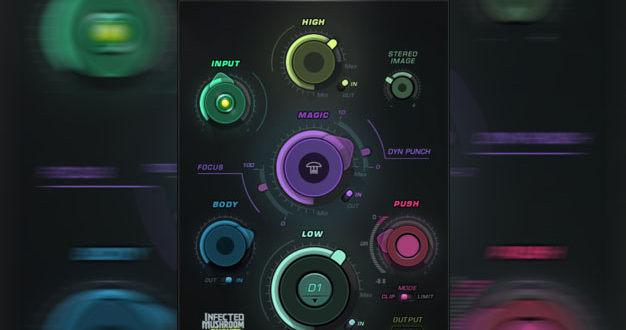 It may be more geared towards less experienced users, but this all-in-one multiband sonic enhancer and limiter/clipper has plenty to offer professionals too, as Stephen Bennett discovers.

Skeuomorphism is all the rage in the world of the virtual plug-in. Ergonomically speaking, there’s no reason why any virtual processor – even emulations of classic devices – should look just like their hardware counterparts. In fact, slavishly recreating the front-panel of a control-ridden hardware processor can make a plug-in harder to use by a mouse or finger. So why do some companies’ emulated 1176 compressors look exactly like their hardware counterpart? Could it have something to do with our placebo-like expectations that if it looks like hardware it must sound like hardware?

The plug-ins that made Israeli company Waves’ reputation were not recreations of existing classic processors and were easy to use with the computer’s mouse and keyboard. One could go further and attempt to improve the ease of use of a complex audio processor by concentrating as much on the ergonomic design and the user interface as its underlying sonic qualities and this is precisely what Waves is attempting with the colourfully bedecked Infected Mushroom Pusher – eponymously named and created in conjunction with the band Infected Mushroom. Waves has history here, with its simple–to-use OneKnob series of processors, and the Infected Mushroom Pusher – herein referred to as the IMP – also attempts to combine high-quality signal processing in an easy-to-use interface.

The IMP combines a multiband sonic enhancer, digital clipper and limiter and may, at first glance, appear to be aimed squarely at non-professionals. But what professional would turn their nose up at a plug-in that could speed up their working practice while offering the impeccable sonic credentials that any software coded by Waves offers? The interface is simple and intuitive, rendering the slim manual almost redundant, while the traditional Waves facilities for saving and loading presets and comparing settings are comfortingly present. Designed to sit on the master stereo bus, all you need to do to get ‘pushing’ is to set the input level so it glows yellow and start turning the knobs.

The plug-in’s output never exceeds –0.1dBFS whatever the settings of the other controls are, so you can twiddle to your heart’s content without fear of creating unwanted distortion. The High control adds upper frequencies to the signal, while the Low control boosts the bass while adding harmonics. The note – rather than frequency – where bass boost begins is adjustable and this is a really simple way to control the low frequencies and works well on individual tracks too. The Stereo knob widens the image at higher frequencies, while the Body control adds both dynamic and frequency processing in the mid-range. The Push control is the plug-in’s loudness maximiser and can be set to limit or clip the output in a musical way – if you like that sort of thing. It’s simple to use, too – just turn up the knob and the apparent loudness of the signal is increased. Sorted.

The Magic control is the most complex part of the plug-in and when turned up, both excites and boosts the signal with some additional controls for the amount of mid-range dynamic and frequency processing and the degree of ‘punch and crispness’. A gain reduction meter and output level control completes the interface and all of the different sections can be individually taken out of the signal path to see what effect they are having on the audio. The only real criticism here is that the input meter could be more informative regarding the level of the signal coming into the plug-in.

The manual is short on technical explanation of how these controls work, so I did what I am always urging engineering students to do and used my ears to test the sonic abilities of the plug-in. For comparison, I set up a couple of typical mastering chains using both Waves and Universal Audio plug-ins consisting of some of the same types of processor that make up the building blocks of the IMP, namely a multiband compressor, exciter, stereo spread processor and limiter.

The IMP itself is simple to use and it’s pretty easy to dial-in an increase in loudness and ‘density’ without it sounding overly harsh at extreme settings. Having all the controls in a single interface made gauging the effect of each section of the IMP a doddle compared with a screen full of open plug-in windows. I soon started thinking that I may have wasted all the money I’ve spent on dedicated processers but, occasionally, the extra control offered by the separate plug-ins helped me out with more difficult material in ways the IMP could not. But in most cases, the sonic performance of the IMP was perfectly acceptable and I had no complaints from colleagues after using it on demo mixes.

The Infected Mushroom Pusher is ridiculously good value and even if you have an extensive toolkit of mastering plug-ins, it would make a valuable addition to any sonic arsenal as it’s so quick to get louder, wider, brighter mixes and time – especially for the professional – is money, after all.