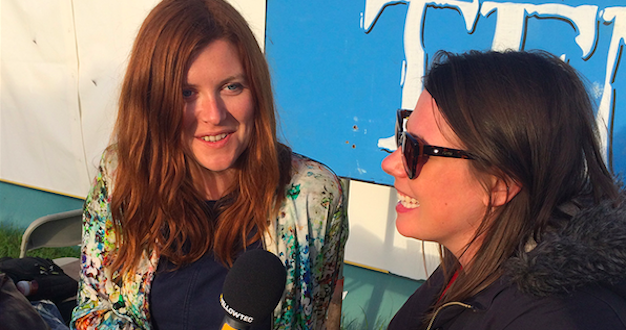 Is it really “just audio?”

Producer Matt North reacts to a recent controversial comment regarding TV and radio production in Scotland, and ponders how professional sound work is perceived outside the industry.

Last month, you may have stumbled upon the online furore caused by an interview with journalist David Torrance, relating to the ongoing debate over the potential production of a BBC ‘Scottish Six’ news programme that would be edited and broadcast from Scotland to its audiences.

When asked why a similar service to the one that is currently broadcast on radio cannot be delivered in parallel on TV, Torrance stated that it is because “radio is much easier to deliver because it’s just audio. You’re not dealing with pictures, you’re not dealing with camera equipment and so on.”

Predictably, Torrance’s commentary enraged many online with his choice of words single-handedly implying a national incapability of producing and delivering such a television broadcast and thus offering grounds for offence to every Scottish camera operator, assistant and technician in the industry. He received so much abuse and trolling that he announced his retirement from Twitter. In the light of how his comments were received, what I find most interesting is that the reaction has focused on the implied inability of Scottish camera operators; no one seems to have questioned Torrance’s severe over-simplification and disregard for audio professionals and the sound industry as a whole.

I firmly believe it wasn’t Torrance’s intention to cause offence or indeed imply what many have taken from the interview. In fact, he was simply trying to explain that there are fundamental differences in the approaches to producing content for television and radio as platforms, which is very much true. Rather it was his choice of words that I feel caused the controversy over the implied technical shortcomings. But the whole debate got me thinking not only about the differences between the audio and visual production processes for both television and radio, but also the public’s perception and awareness of them.

Torrance’s underlying argument is that the lack of a visual makes radio a “much easier” medium to deliver. This is far from the truth. You could argue that the lack of a picture enables us as audio professionals to achieve better quality soundtracks and recordings; no camera on location means the recordist would not be bound by a frame line, allowing the selected microphone to be positioned as close to contributors as desired and indeed zero camera fan noise to enter battle with (RED, I’m looking at you). Although this is true, the very absence of any visual enforcement means that audiences are forced to listen for other details and subtleties to allow them to build the visual (and the story) in their minds.

For example, I’m sure any radio drama recordist, editor and mixer in the industry will agree that creating a visually-suggestive and stimulating narrative using solely audio is an extremely creative and powerful, yet subtle and intricate art form. While in this case Torrance is referring to news broadcasting, the same is true, just to a lesser extent. The omission of a visual aid requires a detailed and thorough description from the presenter or contributor in an attempt to assist the audience in envisaging their own visual – something that would not be nearly as necessary on television.

The key word that Torrance used that formed the foundation of the backlash against him was “equipment”. The use of this word, especially in its context, suggests that audio production is not nearly as technically complex as its visual counterpart. Any professional would not expect the public to fully appreciate the technical challenges and expertise behind quality broadcasting, after all that is what makes them a professional in the first place. But do the public really think that producing great sound is just shoving any old microphone in someone’s face? I found myself paying a lot of thought to this, trying to understand a viewer at home’s mindset and perception of this process.

Obviously no one (except possibly fellow audio enthusiasts) is going to marvel over a carefully thought through multi-microphone, phase coherent set-up with creative use of the proximity effect to enhance the audience’s connection to a character. But do all audiences feel as though the noise coming from the speakers is “just audio?”

After much deliberation, it became obvious that maybe this is actually a positive. As audio professionals it is our role to remain anonymous in the immersion of an audience in a story, leaving no evidence that could lead to them ever knowing we were there. In fact, a measurement of our success is how invisible we can make ourselves and our work to the audience. If a viewer can watch a film, news broadcast or drama and not mention the soundtrack, then we have truly accomplished our goal. This means there were no errors or inaudible dialogue and they were so engaged with the material that the soundtrack perfectly matched and advanced their experience with the narrative. This was confirmed recently when I left a cinema and heard a fellow movie-goer exclaim his awe and appreciation for the camerawork and visual effects, but no mention of the soundtrack, despite it contributing to half of the experience. He was just unaware of its effect in the accompaniment to the visuals he was so fond of.

The unfortunate result of this anonymity is an under-appreciation of our craft, making it hardly surprising that Torrance chose the words he did. The apathy surrounding the artistic and technical achievements of great sound can often be a demotivating truth for us as professionals. However, I think that our position is critical in that we possess the subliminal power to enhance narratives, while consistently remaining unknown to the viewer and toying with their sonic subconscious. It’s in this invisibility that we can use our skills to advance and add sonic value to a story, be it for consumption on radio or in conjunction with a visual. When it comes to uninformed comments about our craft (such as Torrance’s), I think all we can do is take comfort in the fact that our creativity and expertise fits the story or narrative so precisely and fluently, that it passes to audiences as “just audio”.