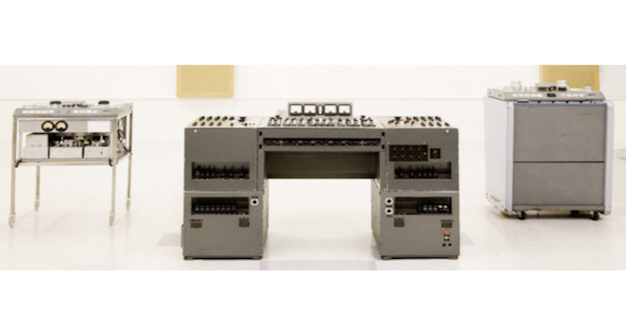 In 1958, Abbey Road’s Record Engineering Development Department (REDD) team created the console, which features V72 mic preamps. The console was used during various Beatles sessions from "Meet The Beatles" through their final release, "Let It Be”.

Since the 1990s, the REDD.37 console has been with Lenny Kravitz, who kept the desk in pristine condition. Vintage King co-founder Mike Nehra stated, "Whether you’re looking to own a piece of history or trying to capture the magic of the 1960’s London rock scene in your studio, this REDD.37 package is the ultimate combination of function, form and style."

The exclusive package also features two historic tape machines, including the EMI/Abbey Roads Studios No.7 Studer J37. This was one of only eight tape machines used at Abbey Road Studios, allowing producers and engineers to bounce tracks and execute accurate drop-ins while overdubbing. The Studer J37 four-track 1" multi-track tape machine records at both 7.5 ips and 15 ips, and features 52 tubes in its design.

The second tape machine is a Studer C37 two-track stereo master recorder that runs 1/4inch tape. The C37 was released in the early 1960s and records at both 7.5 ips and 15 ips, with balanced XLR input and output, CCIR – NAB selectable equalisation and modular tube electronics, with independent Dual-Mono Rec and Play boards.

You can learn more about Vintage King’s exclusive recording package and watch a video about it here: http://vintageking.com/emi-abbey-road-redd-37-historic-beatles-console