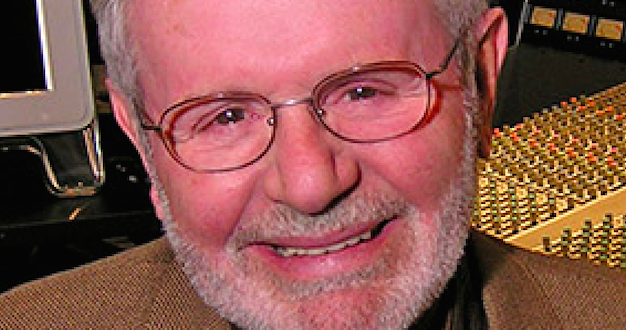 Chris Stone, a founding partner in the legendary Record Plant recording studios and leading figure in the recording industry for nearly 50 years, died on 10 September at the age of 81.

Stone was born in 1935 in San Francisco, the son of a fourth generation Gold Rush entrepreneur. After earning his MBA at UCLA, he worked his way up to a top marketing position with Revlon in New York City where he and recording engineer Gary Kellgren met by chance. With a $100,000 investment, they built the first Record Plant Recording Studio on West 44th Street in New York City in 1968. Record Plant LA was launched in 1969 followed by Record Plant Sausalito in 1971. Stone was an innovative music industry executive with a list of credits that included hit records, films and leading music service businesses and professional associations.

Kellgren and Stone transformed the music recording studio into a comfortable, creative and collaborative environment and, at the same time, introduced some of the newest multitrack, acoustical and mixing technologies. Kellgren was the visionary designer and engineering force behind the partnership; Chris Stone was the MBA business brains of the operation. It all started with Jimi Hendrix, Traffic and the Woodstock live album, then went on to include The Concert for Bangladesh and Rumble in the Jungle before the pair hit historic heights in the mid-70s with Stevie Wonder’s Songs in the Key of Life, Fleetwood Mac’s Rumours and the Eagles’ Hotel California.

The shining jewel of his accomplishments, the Record Plant provided audio recording services for the Rolling Stones, the Eagles, Bruce Springsteen, Bonnie Raitt, Crosby, Stills, Nash and Young, the individual Beatles, Jimi Hendrix, Fleetwood Mac, Guns & Roses, Whitney Houston, Billy Idol, Motley Crue, Prince and Barbra Streisand, among many others. Stone sold the facility in 1989 to Beatles producer George Martin/Chrysalis Records and today under new management the Record Plant still remains one of the leading facilities in the world.

Hundreds of hit records, producers, engineers, musicians, studio designers, and record industry executives can trace their roots to ‘the real Hotel California’, as many now call it. The history of the Record Plant that Kellgren and Stone founded is the subject of an oral history, a book, a documentary and feature film initiative now being conducted by the Record Plant Diaries Project – a project which Stone helped launch.

With Grammy-winning recording engineer/producer Ed Cherney, Stone was also co-founder and executive director of the Music Producers Guild of the Americas 1997-1999, a non-profit guild for audio engineers and music producers that was merged into The Recording Academy as the present day Producers & Engineers Wing. Stone was a co-founder and former president and chairman of the Society of Professional Audio Recording Services (SPARS) from 1979-1989 as well.

After the sale of Record Plant, Stone served as a reorganisation consultant for Motown Records, L.P. After the conclusion of the Motown assignment, he was retained extensively as a marketing and financial consultant to provide new diversification and marketing plans for both international and domestic audio recording facilities and professional equipment manufacturers. As an example, he served as operations consultant for Jazz at Lincoln Center, providing guidance and services for the integration of recording studios into their facilities at Columbus Circle in New York City.

He was also involved in numerous films and live events, including Flashdance, Star Trek, the Oscars, the Grammys, and the original Woodstock festival. He was the associate producer for audio productions of Woodstock ’94 for A&M Records. As Record Plant Scoring, Inc. he operated the film scoring stage and the ADR stage at Paramount Pictures (Stage M) from 1983 to 1989, at which time it was returned to Paramount Pictures corporate operation.

Stone was a frequent recording industry journalist too, providing his ‘Sound Business’ monthly columns on the business aspects of audio recording for Pro Sound News and Mix magazine in the US, and Sound On Sound in Europe. He lectured and appeared onstage extensively, delivering the keynote address for the European conference of the Association of Professional Recording Services (APRS) in London, and the keynote for the Audio Engineering Society Convention in 2008, during which he presented ‘The Artist Owns the Industry’ with his projections for the future of professional audio recording.

He published the book The Sound of Money — Audio Recording for Profit with his editor David Goggin (Mr. Bonzai), who also acted as his press agent and collaborator for the past three decades. The book explained the marketing, promotion, management and financial requirements of global music and audio visual recording facilities today with projections for the future.

Stone also served as a member of the faculty at USC, where he taught The Business and Economics of the Audio Recording Industry, along with Music Industry Entrepreneurship at the online school of the Berklee College of Music in Boston.

In January 2016, Kellgren and Stone were inducted into the NAMM TEC Awards Hall of Fame, which honours pioneers of the music industry for Technical Excellence and Creativity. He is survived by his wife Gloria, son Matt, daughter Samantha, and grandchildren Jessica, Zachary and Zoe.