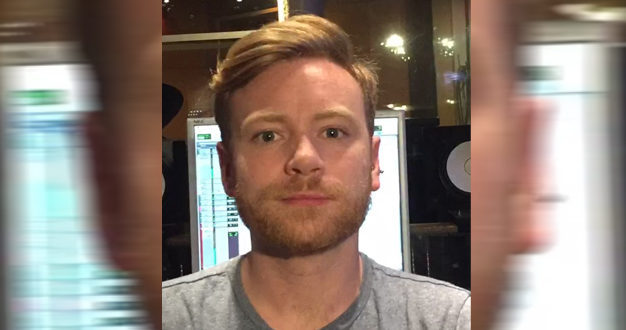 The countdown to the 2016 Pro Sound Awards at the Ministry of Sound continues this week as finalist George Murphy tells us why he deserves to be recognised as the industry’s most promising young professional.

After receiving excellent submissions from all areas of the trade for the Rising Stars Award, we recently revealed the shortlist of nominees and spoke to all of them about their Pro Audio journeys so far.

Described as “the fastest Pro Tools operator in the West,” Murphy has worked on a wide range of projects at Eastcote Studios with artists including Adele, Ellie Goulding, Mark Ronson and Mumford & Sons.

I was in a band in secondary school, and eventually we got to the point where we wanted to get some demos done, so I bought a cheap Tascam interface and hooked it up to a PC running Sonar. We ended up recording everything in the spare room at my parents house. The results weren’t really anything to brag about but I enjoyed the process so much that I kept it going and ended up recording a bunch of other local bands as well. After I left school I went to study Music & Sound Recording at the University of Surrey.

Where are you based?

I am currently based at Eastcote Studios in West London. I was working as a freelance assistant at a few different London studios before I was eventually offered a full-time position at Eastcote.

What made you want to work in pro-audio?

My time at University included a placement year working at Ignition Studios in North London; this was the first time I got to see how records were made by professionals and it confirmed to me that this was what I wanted to do. The idea of spending my time in the studio with a band, trying to make their music sound the best it can seemed to me like the perfect job.

Who are your biggest influences?

On a personal level, Eastcote owner Philip Bagenal has taught me an extraordinary amount about working in recording. He has been a part of every conceivable type of session and knows more about the technological and psychological aspects of a successful recording session than anyone I’ve ever met.

I’ve also been lucky enough to engineer records for producers Chris Kimsey and Eliot James, who’ve both been responsible for some of my favourite albums. Seeing both their approaches to recording and how they get their sounds has taught me a huge amount.

In a more general sense Jerry Finn, Rick Rubin and Alan Moulder pretty much produced the soundtrack to my teenage years, so I’m always striving to capture the sound of a band with as much energy as their records. I’m also really interested in anyone that’s creating sounds that I’ve never heard before, especially in the dance world, so producers like Feed Me, Noisia and Delta Heavy.

Which of your achievements are you particularly proud of?

Everyday I’m proud to be able to come to the studio and work with incredible musicians. I am particularly proud of having the opportunity to work on Mumford & Sons’ third album "Wilder Mind". I worked as an Assistant Engineer on their second album "Babel" so it was great to be able to progress to an Engineering credit on "Wilder Mind".

Can you tell us about any recent projects, or what you are working on currently?

The next release I have coming up is the debut album for Glassnote artist Tor Miller. I engineered the record for producers Eliot James and Jon Green. More recently I’ve been working with a really exciting new band called Happy Meal LTD and Palma Violets for their third album.

Can you tell us about some of your favourite gear? What do you find yourself relying on for projects?

I’m really spoilt for choice at Eastcote – the equipment selection is phenomenal. I track almost everything through the MCI JH-500 desk, the Pres and EQ’s are incredible so I’m very lucky to have 42 of them at my disposal. I’m a fan of anything that sounds grungy and interesting, so I find myself reaching for the Roland Space Echo a lot, as well as old ribbon microphones like an RCA 44 or an STC.

Where do you want to be in ten years?

Hopefully sitting in a studio with massive windows and a great view, working with interesting bands.

The Pro Sound Awards will be held at London’s Ministry of Sound on 22 September. Tickets are now available for just £55 at http://www.prosoundawards.com/buy-tickets/ or contact jreay@nbmedia.com 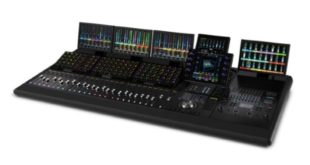