Home / Opinion / When is it OK to lie to your boss? 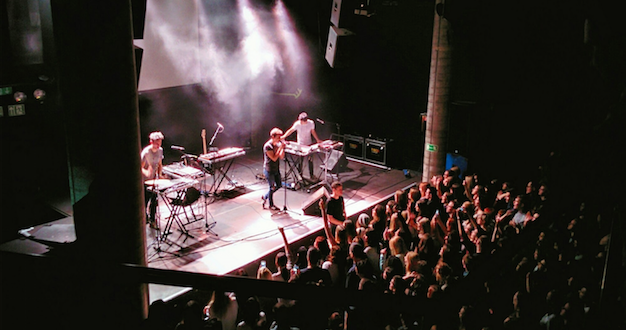 When is it OK to lie to your boss?

Live sound engineer Andy Coules offers his advice on what to do when you you’re faced with a less-than-ideal PA system at a venue and the band asks ‘that million dollar question.’

An awkward situation occurred to me recently at a festival, which raised an interesting question – when is it okay to lie to your boss?

The situation was this: we arrived at the site, made contact with the stage manager and organised the logistics of getting set up and on stage. Everything was in order so I took a walk out front to check out the system while another act was playing. The sound system was a ground-stacked point source system projecting onto a long narrow field, which was only about twice as wide as the stage itself, and further back it widened out. As I walked away from the stage the bottom end quickly dropped off and the mid and upper ranges became more uneven the further back I got, and by the time I got to the point where the field widened the sound was pretty terrible; it sounded more like a vocal PA than a full range system.

There were two main problems here: firstly the point source system was poorly equipped to provide even coverage over the entire audience area – a lot of the energy was focused at the front and going off to the sides (where no one was standing); secondly there were no delay speakers to bolster the sound and improve the coverage at the back.

Now I’m not one of those engineers who believes the line array is the ultimate sound system – there are clearly situations where a point source system is better suited, but this was not one of them. A line array would have delivered a much better sound for more of the audience; the full and punchy sound that the few at the front heard would have been distributed more evenly to a larger percentage of the audience.

There are two main reasons why people decide to use a point source system when a line source would have been the better choice – either they don’t know better or the budget is limited. Most times it’s the latter reason.

One time I turned up to a festival in Germany and the PA company had brought exactly the right amount of PA to achieve decent coverage for the stage. But then the noise police turned up and told them that because there was a hospital behind the stage area they would have to take extra steps to minimise the amount of low frequency leakage going backwards. The obvious solution was to convert the sub array to a cardioid configuration but as there were no extra subs available they had to use what they had. This achieved the desired effect of reducing the amount of low frequencies going backward, but it also dramatically reduced the amount of low frequencies going forward such that the PA sounded extremely bass light at the front of house position, the obvious consequence of this being that the engineers all boosted the bottom end to compensate making it uncomfortably bass heavy at the front (where most of the audience were).

Getting to the point

But what does all this have to do with lying to your boss?

Having realised that the sound system was underpowered and ill configured for the audience space I realised that there was nothing I could do about it at this late stage. We were due on stage in a couple of hours so kicking up a fuss was unlikely to magically transform the sound system so I would just have to go with the flow, do my best to produce a good mix and hope it translated to the whole audience. So I’m chilling out with the band in the dressing room and one of them decides to ask me that million dollar question: ‘So what’s the PA like?’

I am now faced with a difficult decision. If I tell them the truth I risk compromising their performance because if they go on stage thinking it’s going to sound bad for most of the audience, chances are they won’t give it their all. They might be able to consciously ignore the facts and go for it but subconsciously they will be thinking, “What’s the point?” However, if I lie to them, aside from the fact that I don’t like lying to my friends and colleagues, they are more likely to go on stage and perform at their usual high level, oblivious of the shortcomings of the sound system. To make matters worse if I do lie to them and they later hear that it didn’t sound so great any attempt by me to explain the inadequacies of the sound system will be undermined by the fact that I said it was fine on the day.

When you’re working as a live sound engineer it doesn’t matter who hired you or who pays you, your boss is the band and their music; your job is to make them sound as good a possible. So if the band is your boss, is it okay to lie to your boss?

My solution to this conundrum is to be honest but reassuring. I tell the band that the sound system is less than ideal, I explain exactly why and then I tell them I’ve dealt with this issue many times before and I’ve picked up a few tricks for getting the most of a less-than-perfect sound system. That way I don’t have to lie and I send them on stage knowing that it will sound as good as it possibly can.

So now you’re thinking what are those tricks I’ve picked up over the years for getting the most out of less than ideal sound systems? That sounds like a great subject for a future article…