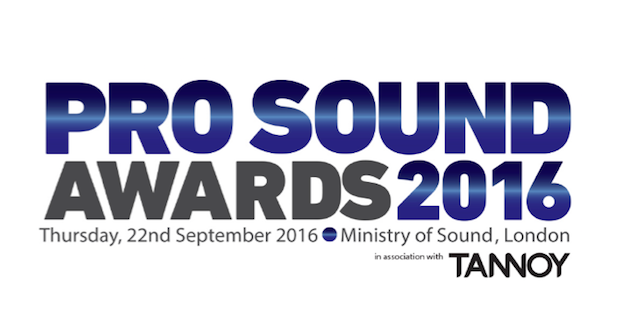 Here at Audio Media International, we have once again been hunting for the industry’s most promising young professionals as potential winners of the 2016 Rising Star Award, and have received excellent submissions from all areas of the trade.

After a period of carefully reviewing nominations, we are now ready to reveal our shortlist of top up-and-coming pro-audio individuals, one of whom will take home the Rising Star prize at this year’s Pro Sound Awards in September.

The 2016 finalists are as follows…

The owner of mhaslamTech, a Nottingham-based supplier of sound, lighting and audio services, has within the last year provided sound engineering and equipment for a number of events both locally and further afield, and continues to raise the profile of his company.

Langfeld left SSR in Manchester after touring extensively with The Prodigy last year, ultimately proving his worth as a full-time crew member and also stepping in as FOH engineer for Public Enemy. When not on tour he is full time warehouse technician at Wigwam.

After graduating from LIPA and working a few contracts at sea on cruise ships, this 24-year-old joined ChristChurch London as head of sound in March last year, purchasing and managing equipment for the church’s three new venues.

After racking up a number of assistant credits at Artillery Studios, McKenna took over the engineering position for Last.fm’s Lightship95 sessions and has had some of his proudest works released this year including albums with Melt Yourself Down, Teeth of The Sea and Eden Royals.

Described as “the fastest Pro Tools operator in the West,” Murphy has worked on a wide range of projects at Eastcote Studios with artists including Adele, Ellie Goulding, Mark Ronson and Mumford & Sons.

The Pro Sound Awards will be held at London’s Ministry of Sound on 22 September. Tickets are now available for just £55 at http://www.prosoundawards.com/buy-tickets/ or contact jreay@nbmedia.com

There are also a number of sponsorship opportunities available for the event. Contact rodonnell@nbmedia.com for more information.