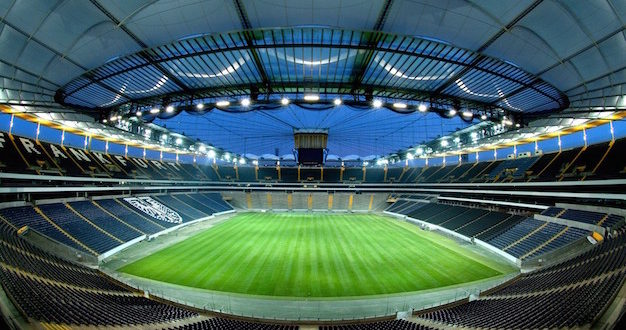 HK Audio will provide power to a month-long extravaganza of events at Frankfurt’s Commerzbank-Arena this summer, culminating in a world-record breaking weekend on 9/10 July.

A sizeable Cohedra system will provide audio for a series of Euro 2016 public viewing experiences that will be shown on a 550m² screen (the largest in Germany) throughout June and the first week of July, as well as for a number of one-off shows and performances.

The final weekend will see a world record attempt by the world’s largest orchestra – potentially up to 10,000 musicians – at the We’re Filling The Stadium event on Saturday July 9, followed by a concert featuring some of Germany’s leading artists. The climax of Euro 2016, the tournament’s final, will be shown in the stadium on Sunday July 10.

HK Audio’s team has prepared what it believes is a ‘truly impressive’ setup for the occasion, with the main PA – backed up with an HK Audio Contour sub array, delay lines, outfit and nearfield elements – set to be installed at the end of May.

Nicolas Petit, HK Audio’s chief marketing officer, stated: “We’re delighted to be soundtracking this remarkable month and a half of events. There will be literally hundreds of thousands of people attending the Commerzbank-Arena over the June and July period, and we’re committed to delivering them an incredible aural experience. With a venue of this size, and such a wide ranging program, it’s a challenge we will certainly relish.”