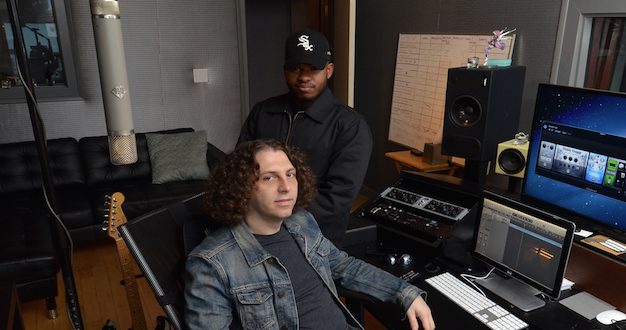 A producer/engineer and songwriter was able to recover his stolen Telefunken C12 microphone after the thief called the firm in search of a new power supply.

Jeff Gitelman was distraught when he discovered that his prized Telefunken C12 was missing from his mic locker. He had purchased the new C12 reproduction of the classic AKG C12, which was first developed in 1953.

"When we found that our studio had been burglarised, even before filing a police report, I immediately called Telefunken,” Gitelman explained. "The thief took the mic, but left behind the power supply. I spoke with Ian Jones and he told me they were the only ones who had the proper power supply. He had my serial number and a few days later, someone called looking for the power supply. When he asked for the serial number, the caller hung up – but he got the caller ID."

"I reported the caller ID to the LAPD and they tracked it to Long Beach and we got our microphone back," Gitelman continued. "Without Telefunken’s help and the lead I gave the police, I’m pretty sure they wouldn’t have considered it doable."

"My C12 microphone has a big history," said Gitelman. "I recorded three albums as an artist on it, as well as some of the albums that were very important in my life, and are considered by some to be cult classics. I’ve recorded incredible singers and musicians on this microphone, so it was great to have it back. It’s one of the most pristine microphones I’ve ever heard, and it doesn’t matter if it’s for a female or a male, it sounds good on everything I put it up to. It’s just very, very pristine and very warm."

"I’ve used my C12 for acoustic guitars, used it for drums, vocals, just about anything. We’ve recorded cellos and strings, a horn section. Honestly, I’m having a hard time thinking of things that we don’t use that microphone for."