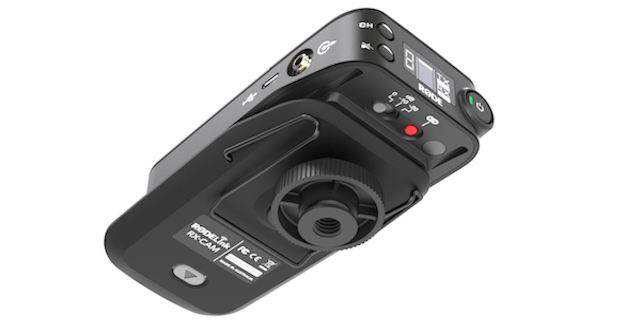 Jerry Ibbotson tests the first model to be released as part of the mic brand’s new range of digital wireless systems.

I have to tip my hat to RØDE (if I wore one that is). They really do seem to know who their customers are. I follow them on Twitter and regularly see them chatting to people who are using their microphones, particularly the models aimed at filmmakers. There’s a real, two-way flow between the Aussie firm and people the world over who are using their latest range.

Recently the company has really embraced the world of DSLR filmmaking (a subject I’ve covered in the past in this magazine) with its VideoMic gear. These are small mics that sit atop a DSLR on the hotshoe mount. Of course, RØDE makes a wide range of more serious looking microphones – I’ve been using an NTG3 for years, even since reviewing it for Audio Media International – but the DSLR crowd seem to be cut from a particular cloth. The VideoMic models are aimed at them – people who are serious about their guerrilla filmmaking but who may not be, in the traditional sense, audio pros.

The RØDELink Filmaker kit is based on a similar ethos. It’s basically a wireless personal mic kit for DSLR use. There are countless personal mic set-ups available but RØDE has taken away the fear factor that first-time users might encounter and made a bit of gear that drops seamlessly into their workflow.

It’s based around a 2.4GHz transmitter and receiver. Fun fact: the principle behind 2.4-Gig Frequency Hopping technology, where you don’t have to worry about interference, was developed by pre-war Hollywood starlet Hedy Lamarr.

The TX and RX are similar looking units, built out of high-quality composite material and with a smart, minimalist look. The TX has a hot shoe mount and the RX a belt clip. They run on two AA cells each or can be recharged via micro USB. The controls are simple: there’s power, a channel button, a pairing or ‘Bind’ button and a mute function. The transmitter has a pad switch inside the battery compartment, which lets you step it down by -10dB or -20dB.

The antennae are internal – one of the many benefits of 2.4GHz – and the outputs are 3.5mm locking minijack on both TX and RX. The kit comes with a high-quality ‘curly’ cable that hooks the receiver to the mic input on the camera. I am guessing that the receiver outputs at mic level, so it doesn’t fry the SLR’s mic input. Until SLRs are fitted with Line inputs, that’s the way it has to be but the RØDE works fine in this regard.

The microphone is a lavalier with 110dB maximum SPL. It comes with both a small foam windshield and larger, faux fur item. The connection is also via minijack.

I was very keen to test the Filmmaker as I had a little job in mind – always the best way to test out a new piece of equipment. I needed to produce a series of short ‘teaser’ videos for a museum I work for, in the style of hands-on pieces to camera performed by yours truly. I’m using a Nikon DSLR and had done an initial test-shoot using the hideous built-in microphone. And when I say hideous, I actually mean soul-destroying-ear-melting bad.

I then moved onto a mic I already own – a RØDE VideoMic. This is the one with the Rycote Lyre shock mount built in. It’s a definite step up from on-board sound but when recording speech it still leaves the audio sounding roomy, unless the subject matter is less than a metre from the camera (the perils of on-camera mounting a microphone). While the results with the VideoMic were just about acceptable, they weren’t as good as I wanted.

Enter the RØDE Filmmaker kit. I dropped in a set of batteries, fired up the power and plugged in the mic. The receiver went on the camera and the transmitter went on my belt. I set up the Nikon to manual audio control and set level appropriately, using level metres on both the camera and the RØDE RX. I did find that the output from the RX was fairly strong, and dialled in a fairly low level on the camera – 7 out of a possible 20 on the record gain.

That’s when I noticed one key omission (in my opinion): a headphone jack. Given that this is tailored to DSLR use and most of these lack a headphone output, it would be good to at least know that decent audio is being picked up by the receiver. What if the mic is close to mains power, a fridge or something else producing inaudible hum? Or what if the subject matter has left his or her phone on? It would be a worthwhile investment.

My colleague Jenny and I then spent an hour recording various pieces to camera in different locations inside the museum. One of those involved me talking while walking up a large winding staircase, with the camera in a fixed position above. There is no way the VideoMic, or any other on-board microphone, would have coped with this, as the space is hugely reverberant. But the Filmmaker produced excellent results.

On paper the RØDE gear isn’t offering anything that others might. But the execution is spot-on. It works brilliantly for its intended market and is a doddle to use. I do think a headphone jack would help but overall this is one of those bits of equipment I find myself reluctant to hand back after a test. RØDE, if want the Filmmaker back, you’ll have to find me first…