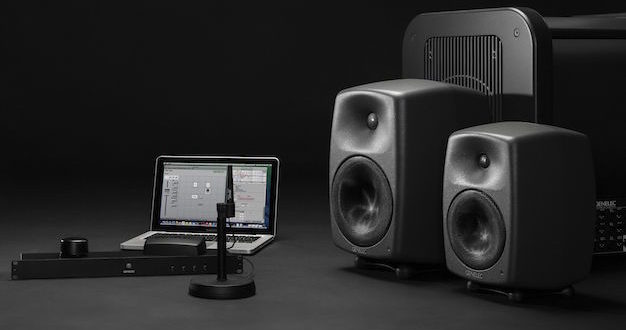 Genelec has expanded its range of Smart Active Monitoring (SAM) systems with five new additions to the series at the Prolight + Sound exhibition in Frankfurt.

According to the manufacturer, the new 8340 and 8350 monitors and 7360 and 7370 subwoofers offer ‘the highest possible system flexibility for demanding monitoring needs’, for both analogue and digital audio applications. The subs are also joined by the new 9301 AES/EBU Multichannel interface, which allows for ‘easy connection’ to any 7.1 digital audio sources.

“Prolight & Sound is a very important show for us, and we are delighted to introduce five new products which are yet another step forward in audio monitoring technology,” said Jani Jalonen, marketing and business director at Genelec. “By improving the system performance, its ease-of-use and further adaptation to the room acoustics, we allow our professional users to have more freedom and to put all their creativity into the audio production rather than spending time adjusting the tools they are using. We look forward to offering a unique listening demonstration to the visitors and to gather their feedback.”

The 7360 and 7370 include a comprehensive multichannel bass-management system offering both 7.1 analogue and stereo digital inputs in a single package without the need for additional external A/D converters. The 9301 unit complements Genelec’s Smart subwoofers by providing 7.1 digital audio inputs and a bass-managed subwoofer output link for a ‘seamless integration’ of all multichannel audio sources.

The Genelec Loudspeaker Manager software (GLM 2.0) is one part of the GLM system, a monitor control networking system that manages connectivity to all Genelec SAM systems. The GLM AutoCal technology improves the precision of monitoring by compensating for deficiencies in the listening environment. After automated calibration, based on one or more listening positions, all components in a system play back at the same level and timing, with acoustical colourations removed from the monitors’ responses, leaving consistency and neutral sound stage imaging.

The GLM 2.0 software also allows all SAM system owners to benefit from the continued evolution of Genelec’s SAM technology via an easy to use Mac and Windows user interface. Furthermore, the new SAM systems are fully backward compatible, allowing any monitoring system to be easily expanded.

Genelec can be found at Hall 4.1, Booth E27 at Prolight + Sound this week. 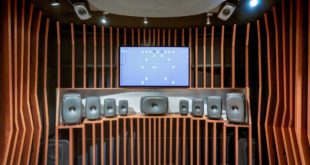