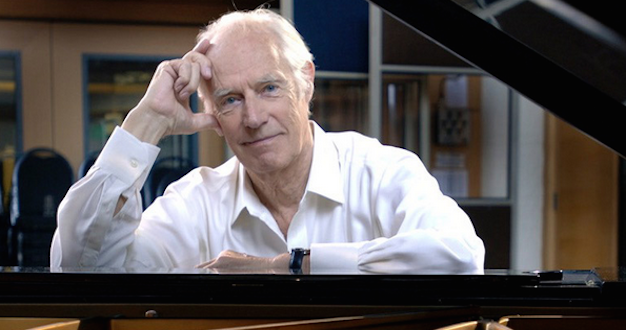 Sir George Martin, widely considered to be one of the world’s most successful and greatest producers, has died at the age of 90.

In a career that spanned seven decades and resulted in more than 700 records, including a record 30 Number One singles in the UK, Martin – often referred to as "the fifth Beatle" – produced most of the Fab Four’s recordings at Abbey Road, and was also praised for his work with other major artists from Merseyside and further afield, such as Gerry & The Pacemakers, Dame Shirley Bassey, Jeff Beck and Cilla Black, as well as comedians Peter Sellers and Spike Milligan.

He started out at as an assistant at EMI’s Parlophone label in 1950 and rose through the ranks to become its head in 1955, aged just 29. He then went on to score his first Number One with The Temperance Seven in 1961.

A year later he had signed The Beatles, and set about turning them into one of the biggest bands of all time, having seen their potential despite originally being unimpressed by their songwriting ability.

“I liked them as people apart from anything else, and I was convinced that we had the makings of a hit group. As composers, they didn’t rate. They hadn’t shown me that they could write anything at all,” he once told Melody Maker. “Love Me Do I thought was pretty poor, but it was the best we could do.”

The first of the group’s 17 chart-topping hits, From Me To You, came in 1963, while Martin’s time with The Beatles also led to Oscar and Grammy nominations for the films A Hard Day’s Night and Yellow Submarine, respectively.

Around the time of the band’s split in 1970, Martin went about setting up AIR Studios in Central London. Later that decade, work started on a sister studio for AIR on the Caribbean island of Montserrat. Opened in 1979, the facility hosted classic sessions from the likes of Dire Straits, The Police, Sir Paul McCartney, Sir Elton John, Duran Duran, Michael Jackson, Stevie Wonder, The Rolling Stones, Lou Reed, Black Sabbath and Eric Clapton, before tragedy struck ten years later when a hurricane hit Montserrat, destroying most of the island’s structures.

AIR Studios relocated to its current Lyndhurst Hall site in 1991.

Martin received his knighthood in 1996 and a decade later – the year he sold AIR Studios to Richard Boote – helped put together the Beatles-inspired Cirque du Soleil show Love in partnership with his son Giles, for which he won his two most recent Grammys. He won five in total.

Other accolades include two Ivor Novellos, an induction into the American Hall of Fame in 1999 and an MPG Outstanding Contribution to UK Music Award in 2013.

His manager Adam Sharp said: "The family would like to thank everyone for their thoughts, prayers and messages of support. He was an inspiration to many and is recognised globally as one of music’s most creative talents. He was a true gentleman to the end."

Ringo Starr was one of the first to take to Twitter early this morning, where he stated how his former mentor "will be missed," before adding: "Thank you for all your love and kindness George peace and love."

Starr’s ex-bandmate Paul McCartney also commented: "I am proud to have known such a fine gentleman with such a keen sense of humour, who had the ability to poke fun at himself. Even when he was knighted by the Queen there was never the slightest trace of snobbery about him.

"My family and I, to whom he was a dear friend, will miss him greatly and send our love to his wife Judy and their kids Giles and Lucy, and the grandkids.

"The world has lost a truly great man who left an indelible mark on my soul and the history of British music.

"God bless you George and all who sail in you!"

Other tributes from big names in the industry have been pouring in over the last few hours:

RIP to my musical brother George Martin. We were friends since 1964, & I am so thankful 4 that gift. Bless u & your precious posse 4ever.❤️Q

Thank you Sir George Martin: the greatest British record producer of all time. We will never stop living in the world you helped create.

R.I.P. George Martin. Thank you for making music production so fun and creative.