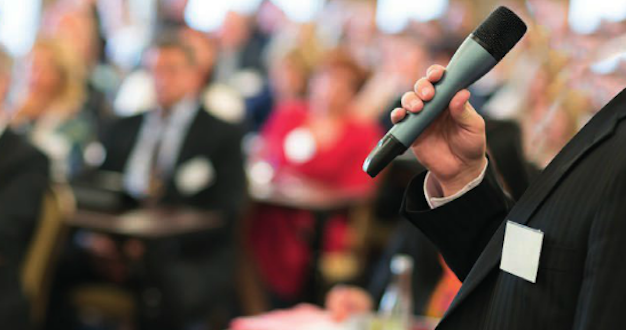 Lonnie Bedell of AVLifesavers reveals how best to deal with people not used to working with an audio professional.

It must be nice to have started in a huge FOH company with organised job functions, learning the ropes before moving up into the A1 position. For me, however, it was a mixture of gospel music clients and corporate events.

What they share in common is they are both made up of ‘regular people’. Even though they may have the best of intentions, these people tend to make last minute requests, unaware of the nightmare they have just dropped in your lap. Survival is the name of the game. They can’t teach this stuff in school, it’s ‘school of hard knocks’ all the way.

Handheld Mics Unless instructed they will: hold it around their navel, hold it against their tonsils or cup the back of the grille (turning it into an omni). The entire concept of ‘closer = louder’ is lost on the general public, even though they see examples of it on TV all the time. They will also be attracted to stand right in front of a speaker.

For this reason I insist on doing jobs like this in stereo, despite grumbling from the company I am working for. It wasn’t until one of that company’s main employees saw the pan gyrations I had to go through to avoid massive feedback that he realised why I made that request.

Lav Mics You put the mic on them without exception or they will end up anywhere from the top of their head to their belt buckle – probably under a layer of clothing and upside down as well. Nobody wants to go to the bathroom with a wireless mic on because they’ve seen ‘that movie’, so make sure they are ready first.

Lock Wireless Mics On – No exceptions. People will try to be helpful by turning it on, when they are in fact turning it off. People asking questions will turn it off when they are done with their question. The vast majority will forget to turn it on at all, and even if they do, the delay in it coming on will cause you to lose half of their first sentence. Everybody looks silly if this happens.

Power Distribution Unless a known fact, it’s safe to assume every AC outlet in the room is on the same 20-amp breaker. Churches are notorious for doing this. Sourcing from multiple rooms may become a necessity, only increasing the possibility of a ground loop. Bring a voltmeter and keep an eye on it during the show. Ideally do an AC box tie-in and have everybody on the same AC power.

Video Guys Not a client, but hired by the same person writing your cheque, so best to try to keep them happy. The contempt video guys have for audio is remarkably consistent across every area of audio I’ve ever worked in for 30 years. On one job, after setting up and waiting for hours while the film guys tweaked I asked for a 15-minute sound check. They thought I was being difficult to work with.

The end result of this is they will show up last minute and start barking at you for a feed. Most will not know what an XLR is or know the difference between mic and line levels. Just be patient and do your best.

Smartphone DJ It’s entirely likely someone will suddenly want to play DJ with their phone before, during, or after the event. Having a 1/8in stereo mini connection that you can get up and running fairly quickly is always a good idea.

House Sound Systems Systems in hotels are designed to be used in situations without a tech, so they usually have a feedback eliminator in the circuit, and it will be impossible to turn off. If you use this system and try to ring out the room, the silly thing will work against you, so don’t even bother. Just set the EQ by ear.

Everyone will be late – So you can’t be. Be well prepared with everybody’s phone number so you can start calling when you have to. Be an advocate for your own sanity.

Stairs Ideally do a site visit, because nobody will think that stairs are a problem.

Lonnie Bedell is the owner of AVLifesavers, a manufacturer of specialised gadgets for the live sound industry. http://www.avlifesavers.com