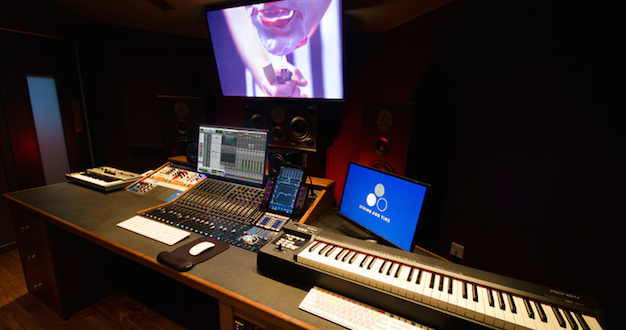 Scrub, the post-focused subsidiary of HHB Communications, was responsible for putting together the facility’s new kit list.

The S6 surfaces have enabled String and Tins – made up of individuals who are both sound designers and composers – to carry out premixing up to 7.1 and Dolby Atmos, along with final mixes for TV/online. The facility also delivers voiceover recording, ADR, dialogue editing, sound design, music research, music direction and composition.

According to HHB, the String and Tins team has found Soft Keys to be one of the S6’s best features because they provide quick access to regularly used controls that would otherwise be nested in a menu. VCA Spill enables access to channels and settings in a short time, which is useful as the team group tracks with VCAs as standard.

“The studios and team at String and Tins are unique, particularly in the musical approach to their projects," said Ben Scully, head of Scrub sales. "This is reflected in the design of the custom StudioRacks furniture, with the inclusion of outboard synth modules and other toys, as well as the layout of their S6 modules.”

Will Cohen, sound designer, composer and director at String and Tins, added: “We chose the S6 as it provides the most detailed control of Pro Tools and also seamlessly switches between other EUCON-based applications, which is important for our workflow. Working with Scrub has been excellent. They have given us incredible technical support.”

Previous Review: KLANG:Fabrik
Next Powersoft gets the Grammys fired up with 72 K10 amplifiers