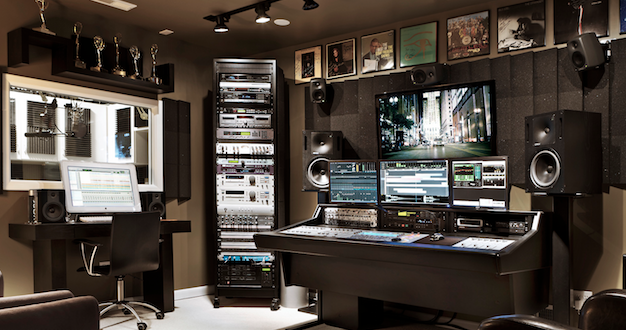 A small, albeit armed-to-the-teeth recording studio in St. Louis, Missouri celebrates its 30th birthday this year, and its owner has quite a story to tell, as Colby Ramsey found out…

When you’ve been in and around the recording business for over 50 years and witnessed a vast evolution of the industry’s products and best practices, it undoubtedly becomes a way of life.

For Bill Schulenburg, this has certainly been the case and as such, the 30th anniversary of his company and studio, Production Consultants, did not go unnoticed by the self-proclaimed audiophile. Schulenburg has been very much involved in the audio scene since the days of Technisonic – the huge media production powerhouse based in the Midwest during the pre-digital era – learning the craft simply by watching and talking to the veterans of the industry.

Schulenburg went on to work at Technisonic for many years during the 1970s, and at the height of his career would read voiceovers in the morning,then record jingles in the afternoon and rock’n’roll and disco at night. After getting ‘burnt out’ on music and subsequently bagging an Emmy Award for video tape editing in the early ‘80s, he made the decision to go freelance using a plethora of equipment he had in his home at the time. It wasn’t until the late ‘80s, however, that Schulenburg began building the hidden treasure of a studio that exists in his home in St. Louis, Missouri today.

“There’s not many people left to talk to in St. Louis about recording in the ‘60s and ‘70s,” he humourously begins.

He set aside a space with 10ft ceilings on the lower level to accommodate a booth and control room, which at the time was “just a load of junk on a table”.

Radio commercials and local training films have been some of Schulenburg’s most common work since then, voiced and recorded by himself right there in the comfort of his home. “The room is very quiet and I paid attention to ventilation and acoustic isolation etc. It’s a true studio facility that I have here in my home,” he says.

It was after Schulenburg invested in a Fairlight Prodigy system that his work really started to gain momentum however. He explains: “That’s pretty much when my room here turned into a real first-class professional production facility.

“I was essentially just a freelancer for hire; I had developed what I hoped was a good reputation and cultivated a lot of friends in the industry. I called my company Production Consultants because I still wanted to be available to work with people that I liked who were actual producers – I didn’t want to position myself as a studio competitor.”

Schulenburg’s investment in the Fairlight attracted him a job from his colleagues in Hollywood, World Wide Wadio, with whom he experienced much success in the ‘90s and 2000s, producing hundreds of radio commercials as the syndication voice for 20th Television’s King of the Hill.

Schulenburg’s long-term love for the business is equalled by his love for the equipment, his biggest passion being the Fairlight, which he upgraded in 2010 to a Xynergi system. “It works in a way that really appeals to me as a long-time sound guy, and has really justified my faith in it over the years,” he explains. “It feels like sound equipment rather than a computer even though it has all the power of such. It’s just fantastic for sweetening video projects and I have several clients who use me for that.”

For his main monitoring system, Genelec 1029s, 1032s and an 8020 Espresso system equipped with 7050B sub provide surround. An API channel strip, one of his newest purchases, makes up for the lack of preamps on the Fairlight, and built-in EQ and compression means that he does not rely on plug-ins.

With regards to microphones, Schulenburg has accumulated the kind of collection that serves his needs. A Neumann U87, an EV RE35 and Shure SM57 along with a Sennheiser MD421 and 416 shotgun make up just a fraction of Schulenburg’s assemblage of mics. Yet despite all this, he holds a special place in his heart for tape recording.

“Here in my control room I have an Ampex 440C and a Revox A700 along with a pair of Dolby 361s with SR cards. It really means something to me that I can access my tapes from the ‘60s and ‘70s – you need to preserve your life’s work even if you don’t make money on it,” he notes. “Restoring tapes is definitely a labour of love.”

These days, aside from his more recent voiceover projects and radio campaigns for a number of CBS sitcoms, Schulenburg teaches Audio Aesthetics at Webster University, and also sits on the Midwest regional board of the Screen Actors Guild and is chairman of the St. Louis section of the AES.

“The jobs now tend to be more last minute,” he explains. “I love listening to the old stuff, I love preserving it and I love inspiring students with it.”

For an industry veteran with such a well-armed studio, maintaining a competitive edge has not necessarily always been paramount for Schulenburg, and he admits that right now it is just about staying satisfied in his audio life.

“As an owner of the business I don’t have to conform to anyone else’s ideas of success,” he concludes. “To this day, I’ve never really had a plan – you never know what the clients are going to bring you – yet I could never just retire, it would be very difficult for me to hand this great space over to someone else.

“The company isn’t structured so that someone can take over – it’s pretty much just me until I decide to stop.”