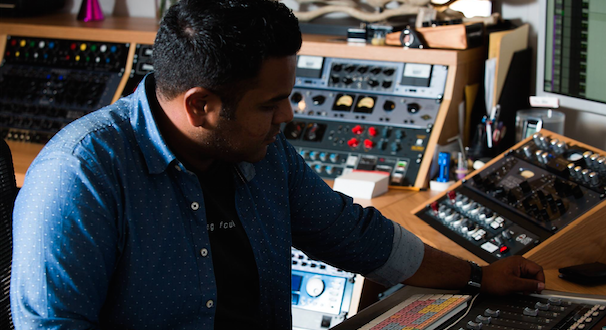 The psychological aspect of record making

Ganesh Singaram, engineer at Blue Box Studios, on why music production is about more than just technical proficiency…

During the stages of record making, the psychological aspect of working with an artist/band – aimed at capturing a great performance – is key to success. This can be challenging at times, as various circumstances require different approaches.

It’s one thing to know how to press Record and mastering the equipment, but getting the best out of your musician/artist is a whole other ball game. It’s the things you say, the things you don’t say, as well as when and when not to say them. It is also about creating environments that can be calm or stressful, while also paying attention to what you do and what you don’t do. All these are factors that can have an impact on capturing a performance, which boils down to the raw nature of people and how to nurture an emotion that can be captivating.

Quincy Jones makes a reference to the success of any good producer as having a proficient understanding of music theory and the ability to communicate efficiently with numerous musicians while playing the role of a psychologist to reach the desired results from a performance. Quincy says: “You need to be a psychologist in the studio so you know when to tell the artist to take a break or to keep pushing through.” The creative environment of a recording studio is where inspiration needs to take place in order for a performance to reach its full potential.

These are areas that an experienced producer/engineer can work with in order to deliver what is needed. Quincy discusses a scenario: “I’ve always tried to create the right environment for the artist to feel comfortable enough to give his or her best performance. On Secret Garden we had the lights almost all the way off except for dim lights in the control room just to create an ambience that could match Barry White’s low, sexy tone.” I personally think this is key to any session. I can be called to any session and meet someone for the first time, yet I need to make them feel like they are comfortable and in good hands.

I always do the following: mood lighting, water, a music stand with a pencil, a stool for them to chill back on when listening to takes, and having all the technical elements on my side sorted. Microphones and a headphone mix all need to be tested and ready to go, plus you need to look after them when they arrive – have a laugh, make them feel settled and ask whether they need anything.

The producer has to understand what it takes to provide an atmosphere to get the most out of the artist. Another iconic producer, Tim Palmer (Pearl Jam, Ozzy Osbourne, U2, Rancid and The Cure) has discussed the many psychological aspects of producing a record. They include being the confidant and best friend of the artist and resolving conflict of interests to establish a creative environment. He states: “If a band likes to record underwater eating bananas, then that’s probably your best plan. Don’t forget that being a producer is a bit like being a juggler.”

I need to give the artist encouragement to keep them going and realise that we will get there and it will sound amazing. The artist who you record through the glass can be very timid, self conscious and reserved, which can lead to a restricted performance. It’s my job to get them to focus on the song, not on me. Positive re-enforcement is the best option. It’s a very diplomatic game as music is so personal – they may have been living with these songs for years.

Once a singer finishes the take, get them pumped for the next one. You have to be involved in the session, and make sure that they know you are there every step of the way.

The first few takes are usually the artist warming up to the situation – being recorded, figuring you out, getting into the vibe and so forth – but that’s not to say the first take isn’t the best. So always press Record, it is the golden rule!

Another tip for vocalists having timing issues is to try increasing the hi-hat levels. These count the sub beats, which help vocalists lock into timing more, rather then the straight kick and snare pattern.

If tuning is an issue, try telling the singer to take one ear off on the headphones. This will allow them to hear their voice naturally within the room in order to adjust. Try not to drown things out with reverb, as this masks a lot of imperfections during the recording stage that causes issues later. Another tip for tuning troubles is slightly increasing the bass level. It is an element that is consistent for them to tune to, as opposed to other elements that can confuse them, such as distorted electric guitars, synths and so forth.

These are just a few tricks I’ve learnt along the way. The main concept of what you’re trying to do is to capture a performance, so let’s try and capture that performance that will move millions.

Ganesh Singaram has been engineering and producing records for ten years, having moved to London from Sydney. He has spent time as an in-house/freelance engineer, tutor and studio owner, working with artists such as Pharrell Williams and Kanye West.