Home / Feature / Geo Focus: Portugal
After a rough few years, the Portuguese pro-audio market now finds itself on the road to recovery, as Matt Fellows discovers.

After a rough few years, the Portuguese pro-audio market now finds itself on the road to recovery. Matt Fellows discovers why a lot of industry professionals here are optimistic for the future.

A smaller piece in the European pro-audio puzzle, Portugal suffered the effects of the global economic crisis worse than most; in 2010 the country was hit by the largest recession it had seen since the 1970s, and was left with no choice but to accept a €78 million bailout in addition to instigating a range of austerity measures.

The Portuguese economic climate now, however, appears to have regained its footing and is taking steps towards a stronger, more prosperous future.

Miguel Pinheiro Marques, owner of studio SDB Mastering and studio design company Muséo, relayed to us the effects that these past few years have had on the pro-audio landscape: “Every industry here suffered and either had to cut investments, shrink in size to readjust to a new reality or even close down some of their businesses.

The pro-audio industry was no different in this regard. Many live sound rental companies went bankrupt during those years. The demand in corporate audio jobs crashed almost immediately after the crisis.”

This grim picture is corroborated by André Correia, assistant manager at manufacturer NEXT-proaudio: “The past four years of the pro-audio industry have not been good due to the economic crisis in Europe,” he explains. “A lot of projects and installations were stopped or cancelled thanks to that. The rental companies and resellers, from the big to small-size companies, stalled their investments and some of them completely gave up the business.”

But now, according to Marques, the dust has settled, and while the climate hasn’t reached a point which one could necessarily call stable, the worst is past and things are looking promising, with companies taking advantage of the opportunity to recover and grow.

“The pro-audio industry in Portugal is, for the most part, in a state of economic relief right now,” he continues. “Even with all the political instability we’re experiencing in this particular moment I think there’s a general feeling that the worst has already gone by. Those who managed to hold their businesses during these tough years are now experiencing some relief and growth. Some parts of our industry have been able to start investing again, which is a clear sign of that economic relief.”

“In the last months of 2014 and the beginning of 2015 everything started changing,” Correia adds. “The market is growing again, especially in the touring and portable markets. With this crisis, some new companies appeared on the market and some adjusted their structure, but it seems everything is back to normal and with an outlook for growth in the near future.”

However, even as the Portuguese market slowly recuperates, those in the industry are not letting their guards down.

“As with any economic relief, no one can be sure how long it is going to last or how considerable its impact will be,” Marques notes. “So there’s also a sense of caution regarding the future.”

General consensus from figures in the industry indicates that the Portuguese market has much in common with its European neighbours – facing the same challenges and enjoying the same rewards.

Within the manufacturing sector, NEXT-proaudio has found the post-crash market to be a very competitive space, but the country’s small size may also play a key role, as Correia outlines: “The pro-audio industry is different in all countries around the world of course, but in Europe the markets are very similar. Talking about Portugal, there is huge competition because there are a lot of online stores competing to offer the consumer the better price, and this makes the market very competitive. The choice for consumers is huge because almost all the brands are present in almost all the countries in Europe.”

“From a technical point of view, everybody knows all the people and companies involved in the pro-audio industry,” he adds. “This allows the consumers to contact directly with all the products and solutions from all brands. This creates a very well-informed market.”

Leading the charge from the country’s recovery is the live sector, which according to João Brandão, owner of recording studio Estúdios Sá da Bandeira, stands as the strongest pillar of the Portuguese pro-audio industry. “Portugal has a big music scene with a lot of music festivals (small and big), and the Portuguese people have a tradition of going to shows regularly,” he remarks. “That means that we have several sound reinforcement companies that are pretty much busy throughout the year, and they make the biggest share of our pro-audio industry.”

Marques echoes the significance of the sector, noting that the strong festival presence belies the country’s relatively small size, and has come to fortify its live presence even further. “Portugal is a small country.

According to the last census we have a little over 10 million inhabitants and almost half of those live in the metropolitan areas of Lisbon and Porto,” he explains. “Considering our size, I think it’s unique that we get to have a Rock in Rio and a Primavera Sound, not to mention all the large and mid-sized festivals like Sudoeste, Alive, FMM Sines, Super Bock Super Rock, Mexefest, D’Bandada, Milhões de Festa – the list goes on and on. I don’t think there are many small countries out there with such a wide, diverse and big number of music festivals as we have. And that obviously has an impact on our pro-audio industry: most of our live sound engineers and rental companies are as good as the best anywhere in the world.”

The recording sector on the other hand has had difficulties finding its feet in the wider European and global markets; Ruca Lacerda, engineer at Fridão Natura Recording (pictured), believes that might be set to change.

And this was, of course, exacerbated by the recent economic downturn. “A lot of recording studios and sound reinforcement companies were forced to close, and the ones that stayed open had to drastically reduce their prices in order to survive,” adds Brandão. “As the country slowly recovers, we’re seeing more investment in the industry and most importantly, the consumer is starting to understand the need for hiring professionals to get good quality results on their projects. Even pro-audio dealers are starting to appear in Portugal, which is great because until recently most of the equipment had to be bought abroad.”

But, with the horizon beginning to look a little brighter, the Portuguese recording market is fighting its way to a position of prominence with new determination.

“From the moment that it became possible, there was more focus, more desire to be better and fight for the opportunity to be part of international markets, to make and play music to the world,” Lacerda tell us. “This caused a large increase in the quality of music and musicians, and better technical support of producers, technicians, etc.”

Dark days are over

With its dark times behind it, the Portuguese market is stepping into a promising and hopeful stage of development – a stage which has industry figures feeling optimistic in their predictions for the future. Lacerda expects big things are on the way: “I think it will continue to improve as it has been. The quality of professional audio in Portugal is increasing significantly.”

And for Correia, capitalising on this growth is all about providing top service to consumers across all bases in order to beat out competitors: “As a manufacturer we try to always be one step ahead to present the market with the best and most innovative solutions year after year. We think the future is to develop products according to consumer demand and have a perfect collaboration with the distributor, providing support for all needs in all markets.”

Brandão believes the country’s growing allure to consumers in the wider market could play a key role in the future of the recording and live sectors and beyond: “I think the market will keep growing as the country recovers economically. We already have good facilities in our major cities, and as travelling becomes cheaper we are going to see more demand from foreign artists. At the same time, national artists want to compete with the quality of international artists.”

As Portugal continues to rise up from its troubled economic past and establish itself as an ever more striking pro-audio power in the times to come, the country is hopeful it will become a greater draw for international business. Marques concludes: “I think in the next years we’ll see a considerable increase in tourism for the recording community – bands and producers coming from other countries, recording their albums while hanging out in a culturally vibrant city all for the same price – or less – that they would have to pay to rent a similar recording facility in their home countries. Plus there’s lots of sun and great food, which also helps!” 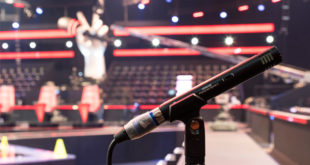 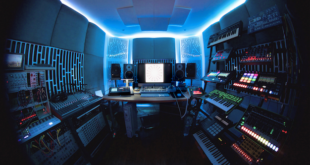