The importance of supporting the next generation of industry engineers, producers, writers and artists was the overriding message of the 2015 APRS Sound Fellowship Awards, held earlier this week at the Kensington Roof Gardens in London.

The Awards, now in their ninth year, recognise individuals who have made a special contribution to the art, science and business of recording. The six recipients in 2015 were presented with their award by Lady Martin (pictured, left) on behalf of her husband, APRS president Sir George Martin.

Commenting at the ceremony, which was hosted by APRS director Dennis Weinreich and BBC6 Music presenter Tom Robinson, Guy Fletcher OBE, chairman of the PRS said: “Older engineers are often creatively challenged by the young guns rising through the ranks. This is important to ensure good quality innovative writing and recording within the industry.”

He added that the APRS has a role to play in supporting the future of the industry while praising the fact that the Association has given a lifetime of infrastructure and excellence in recording.

Following the citation written and given by singer Debi Doss, Award recipient Ray Davies CBE (pictured, right) reinforced the message: “It’s important to pass on the legacy and pass on the knowledge to the next generation of aspiring musicians, writers and engineers to help them achieve their dreams,” he stated.

Following a citation delivered by Robert Plant, one of a handful of women to hold a Fellowship, RAK Studios manager Trisha Wegg, quipped that it was “not bad for someone still on a three-month trial!”

Producer and engineer Richard Dodd also commented: “Coming from your peers makes the Fellowships special. Joining the Who’s Who in the APRS Fellows must make me part of The Who!”

AMS Neve MD Mark Crabtree read the citation for his colleague Stuart Nevison, while APRS Fellow Eddie Veale presented the citation and accepted the award on behalf of Mike Oldfield, who was reportedly delighted to have been recognised and thanked the APRS for its “valuable and tireless work to support the vast numbers of unsung heroes often working in studios and developing new technology”.

The 2015 event was wrapped up by former APRS chairman and Fellow recipient Peter Filleul, who gave the President’s Toast and concluded that the Fellowships have created ‘a truly unique and intimate event’ for the APRS. 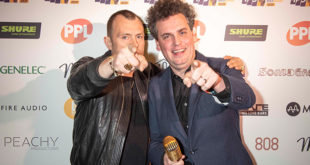 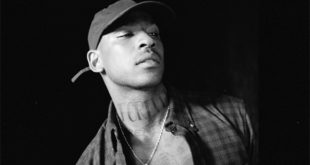