Home / New Gear / PreSonus introduces free version of Studio One software
New Prime package is a fully-functioning DAW, does not time out and offers many of the key features found in Studio One 3 Artist.

PreSonus has released Studio One 3 Prime, a free, entry-level version of its music recording and production software for Mac and Windows.

The company has also released Studio One 3.0.2, a free update that provides numerous enhancements and usability improvements to all versions of Studio One 3.

Although it is free, Studio One 3 Prime is not a demo and does not time out or limit the number of simultaneous tracks, plug-ins or virtual instruments used. The digital audio workstation includes many of the key features found in Studio One 3 Artist, such as the new Presence XT sampler with 1.5 GB sampler library and enhanced browser.

The Prime package can also be converted into a 30-day demo of Studio One Professional at any time.

Studio One 3.0.2 offers new functionality and addresses usability issues reported by customers after the launch of new version 3. Areas of improvement include multi-touch implementation, Song Page track focusing, new shortcuts for the Arranger track, and Audio Pool UI enhancements. In, addition the Studio One 3 Reference Manual is now available in Japanese, German, and French.

Look out for a full review of PreSonus Studio One 3 in the September issue of Audio Media International. 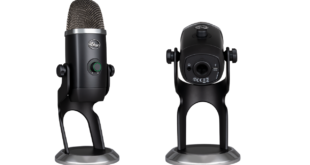