The 500-series craze has been underway for a while now. Recording, mixing, mastering and live sound engineer Wes Maebe takes a look at the latest EQ offering from Crane Song.

We are constantly inundated with new ‘Lunchbox’ unit releases and most manufacturers seem to have jumped on the bandwagon as it seems to be a pretty surefire way of shifting boxes. But when a top designer like Crane Song’s Dave Hill decides to release a 500-series valve EQ, us engineers get excited.

The Insigna is based around a dual triode circuit with a 12AX7 valve, featuring two shelving EQs, a parametric mid band (gyrator) and a low and high pass filter set. The filters are both 24dB/Octave with seven frequencies each. The high and low frequency shelving bands and the mid frequency peak band all feature eight frequencies.

All three bands employ buffered RC circuitry in the negative feedback path around the valve amps.

All the stepped frequency pots are high-quality Grayhill series 56 Rotary Switches and we have continuous Bourns pots for the gain controls, while A/B-ing between flat and what you’re tweaking has been made easy with a front panel hard bypass switch.

The filters will give you enough power to clean up low rumble, tidy up the low end on LF-centric instruments and control harshness at the top, like guitars for example.

On the other side of the spectrum, the LF band shelves from an extremely low 10Hz up to 200Hz.

Straddling the middle, the MID peaking band deals with anything from 150Hz to 7.2kHz and is centred around a proportional Q (bandwidth).

All three bands give you +/-12dB boost and cut.

In The Studio and On Location

I brought one of the first units back with me from the AES Convention in LA and have been using it on a wide variety of material.

Obviously I’m throwing whatever I possibly can at this unit to see what it can do and I started using it in the mix for two songs from Italian rock star Gloria Nuti. The multi-tracks would arrive, recorded in various studios across Italy, and I’d generally sling the Insigna across the vocals to introduce some analogue warmth and valve bite. It became clear quickly that you can push this EQ quite aggressively without it ever sounding harsh. So, for review purposes, I decided to do something I generally don’t do and that is to track with the EQ in the chain. It turns out that this beast is an extremely useful tool when you’re recording in less than optimum environments.

I’ve recently started producing an EP for country rock singer Georgia Nevada. While still in preproduction, we got into the swing of things, which led to us record a Mo Michael song he’d written for Georgia.

We didn’t have time to go into a recording studio, so I quickly slung up a couple of mics in my mix room to lay down the acoustic and electric guitars, lead vocals and BVs. The Insigna instantly became part of the recording path to clean up the top end and low mush with the filters and to create different colours for layered parts, using the three frequency bands.

Since that session, it’s been a permanent fixture in my Lunchbox. After its shining performance on vocals and guitars, I took it into an Elliott Randall session. We’re working on a very cool project that we’ve rescued from a reel of 2in recorded in New York in 1980. There are a few parts that we can’t replace as the performers have sadly left us, but we felt that the rhythm track could’ve been a stronger performance. Line up the drummer and the double bass player and an old school attitude – let’s record these guys live, with a couple of mics, in a high-ceiling room. In addition to some creative mic placement, I needed a bit of EQ to shape the sound we were after and the Insigna did just that. It took care of some of the drum spill on the double bass mic and when it came to mixing, it proved to be the perfect EQ to bring some extra snap and bottom end punch out of the snare.

Clocking in at around £1,000 the Insigna sits in the higher price bracket of 500-series EQs and is worth every penny. It is extremely well built as we’ve come to expect from Crane Song gear. This EQ is going to give you serious corrective power, character, clarity and it just sounds so fat and musical.

The Insigna is one of those modern EQs that harks back to the good old days, where you can go a little mad, push it to the limit and pull some very exciting sounds out of the valve circuitry.

All that’s left to say is get in touch with your local dealer, test drive it and fall in love with it. 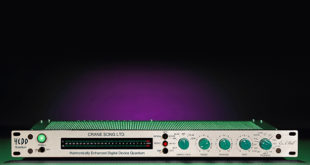 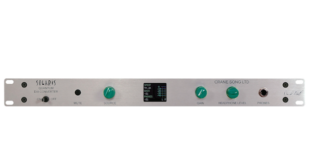 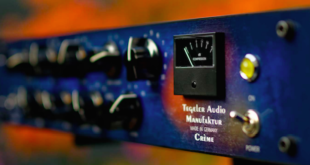