The sessions were attended mainly by touring/production companies and consultants eager to see whether X Series lived up to the hype. Explaining their approach, Rowan said: “Although we used conference facilities in the major cities, a lot of our demonstrations were a custom set-up where we would provide clients a private demonstration at their premises with their relevant audio staff.

“The tour was an incredible experience. Not only was X Series featured but also Powersoft K Series, M Series, and Ottocanali, were discussed and displayed. The opportunity to share the Powersoft technology with like-minded companies made the tour extremely successful, and we look forward to the next one.”

The three-day X Series Roadshow set up by SoundTrade visited the cities of Poznan, Wroclaw and Warsaw.

The presentations were planned as a series of training sessions, during which participants, including sound engineers, were given the opportunity to learn about the latest technology embedded in X Series.

Each session was divided into four parts: Corporate and Technology presentations, X Series, and finally a measurement session and Armonía workshop.

According to SoundTrade product manager Maciej Szewczyk, attendees were impressed with a number of factors, but particularly the weight, three-phase power supply and FIR filtering.

“As always the measurement part was the most interesting part of the proceedings,” he reported. “While in reality major speaker manufacturers prepare presets for their loudspeaker and amp platforms still there are situations in which one has to do it oneself … and this is the ‘secret knowledge’ that sound professionals are looking for.”

Summing up, Szewczyk said the small tour had been extremely useful from all aspects: “We would certainly like to go down this route again and have more sessions dedicated to Armonía and acoustic measurements. As professional tools Powersoft amplifiers need a professional approach which means regular training.” 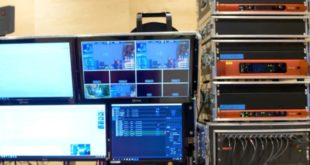