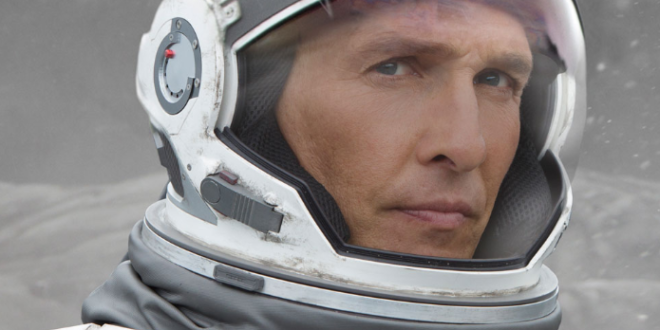 Christopher Nolan has responded to criticism of the sound mix for his new movie Interstellar, calling it "the right approach for this experiential film."

The sci-fi thriller has been widely praised for the quality of its visuals and story, but the sound has been a subject of debate among filmgoers, with many complaining of inaudible dialogue at key moments.

Director Nolan, along with composer Hans Zimmer, re-recording mixers Gary Rizzo and Gregg Landaker and sound designer Richard King is thought to have spent six months tweaking Interstellar‘s sound, and ensured film fans that there is nothing wrong with the final product. He did, however, admit that his methods were "unusual" in this case.

“I’ve always loved films that approach sound in an impressionistic way and that is an unusual approach for a mainstream blockbuster, but I feel it’s the right approach for this experiential film,” Nolan told the Hollywood Reporter. “Many of the film-makers I’ve admired over the years have used sound in bold and adventurous ways. I don’t agree with the idea that you can only achieve clarity through dialogue. Clarity of story, clarity of emotions – I try to achieve that in a very layered way using all the different things at my disposal – picture and sound.

“We made carefully considered creative decisions. There are particular moments in this film where I decided to use dialogue as a sound effect, so sometimes it’s mixed slightly underneath the other sound effects or in the other sound effects to emphasise how loud the surrounding noise is. It’s not that nobody has ever done these things before, but it’s a little unconventional for a Hollywood movie.”

A conversation between the characters Professor Brand and Murph – played by Michael Caine and Jessica Chastain – in an important hospital scene was simply not clear enough, according to some viewers, but Nolan is not concerned. “We are following the emotional state of Jessica’s character as she starts to understand what he’s been saying,” said Nolan. “Information is communicated in various different ways over the next few scenes. That’s the way I like to work; I don’t like to hang everything on one particular line.”

There have even been cases of cinemas having to reassure audiences that any problems are not due to the quality of their audio gear. One Cinemark Theatre in New York posted a notice stating: "Please not that all our sound equipment is functioning properly. Christopher Nolan mixed the soundtrack with an emphasis on the music. This is how it is intended to sound."

It is not the first time that Nolan has faced this sort of issue. In 2011, changes had to made to the sound mix for an extended The Dark Knight Rises prologue following suggestions that Tom Hardy’s Bane was too difficult to understand.

Sources: The Hollywood Reporter, The Guardian

Have you seen the film? What did you think of the sound? Let us know your thoughts in the Comments section below, but please try to avoid spoilers.