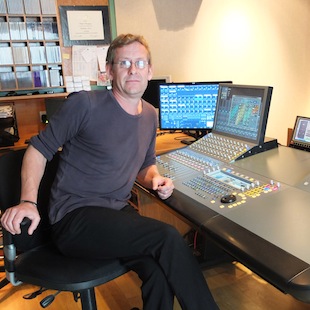 London-based Sky Vision Sound Studios, part of the BSkyB/Sky Vision family, has recently completed a major upgrade of its Fairlight equipment to bring it in line with BSkyB’s UK broadcasting facilities in Osterley. The three-studio complex, two mix rooms and a prep room, has upgraded its Fairlight Constellation console with a Fairlight EVO, six of which are already in use at BSkyB. It has also upgraded its XYNERGI system by installing the latest software version – a move that is already improving workflow.

Sky Vision Sound Studio’s affiliation with Fairlight goes back to 1999 when the facility was first set up by dubbing mixer Trevor Barber. Sky Vision’s audio supervisor and senior dubbing mixer Robert Thompson was brought in some years later to help increase the facility’s output.

Thompson says that transitioning from Constellation to EVO has been very straightforward, mainly because all Fairlight systems are very intuitive, and that Fairlight’s ability to accept and export multiple file formats is useful when the facility gets projects from outside clients, "but to be honest we’ve honed the workflow between ourselves and Sky Vision to a point where this isn’t really relevant."

Having proved that Sky Vision Sound Studios can handle an annual output of more than 70 hours of broadcast TV on Fairlight’s previous software, Thompson is confident this can be exceeded now that the new version is in place. But despite all the time saving features the new EVO console delivers, he still feels the best thing about Fairlight is its sound quality.