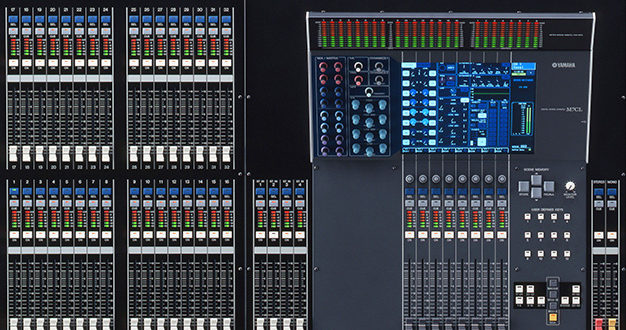 It is something of an understatement to say we live in interesting times.

The impact of technology on our daily lives is profound and I am constantly amazed at how quickly we adopt and adapt to new technology.

It wasn’t so long ago when you needed to know exactly where someone was in order to call them on the phone and I can’t remember the last time I visited a library, used a pay phone or browsed a video store.

The same goes for the world of live sound; it wasn’t that long ago when analogue mixing desks ruled the roost but digital technology has been slowly trickling down from the highest levels of production touring and making inroads into all levels of the industry such that it feels like we’ve reached the tipping point where digital is now more common than analogue.

The benefits of digital audio are well documented – no one can deny the new levels of creativity and convenience which have opened up – but there are some issues which present a number of new challenges for touring engineers.

The first time I ever used a digital mixing desk for a live gig was in 1997 when I came across one of the early Yamahas (probably an 02R) at the Rock Garden in London. I had heard of these shiny digital beasts but I never expected to encounter one outside of a top flight recording studio – I certainly never expected to come across one in a live music venue.

At first I was wary but it resembled a traditional mixing desk enough for me to feel comfortable approaching it and after a brief tutorial from the house engineer I was merrily sound checking. I don’t remember it feeling (or even sounding) like a revolution, more like an evolution.

The next notable encounter was with a Yamaha M7CL in Turkey in 2006 and the desk was so new that none of the sound crew knew how to work it. Fortunately the manual was in English so I managed to figure out the basics but I still got pretty nervous when it came to saving my three-hour sound check. This experience really brought home the fact that digital desks are fundamentally different to analogue ones.

One of the truly wonderful things about analogue mixing desks is that once you’ve learnt how to work one of them you can pretty much operate them all – the fundamental operation is consistent, the only difference being scale. Input channels are based on the signal flow from input to output and the master section allows you to control the master outputs and other global features. Every single function of an analogue desk has a dedicated control so all it takes is a quick glance across the control surface for you to understand all of the available features and exactly how many inputs and outputs you have available. This brilliant paradigm was established in the early ’70s and virtually every analogue desk produced since has stuck to it.

But then along comes digital sampling and a whole new world of possibilities opens up. Desk designers are freed up from the restrictions of signal flow and the desire to make digital affordable means the ‘one function – one control’ model is abandoned (I know of only one digital desk that has a fader for every input channel). The first forays were tentative, designers were keen to emulate analogue desks and not put off potential converts to the digital realm. When Yamaha designed the Centralogic interface for the M7CL console in 2005 they declared it to be "easier than analogue" because the reduction in the number of controls prevented mistakes that arose from operating large banks of identical knobs.

The move away from a single standard analogue interface is a logical one, as each manufacturer presents their idea of what a digital mixing interface should be. But this means that the operating interfaces differ enough to make it difficult to quickly switch from one desk to another. It could be argued that this is just the awkward transition period from which a new standard interface will rise – and I’ve certainly noticed similarities between recent models from Digico, Midas and SSL that suggest new paradigms are being established.

But this is a challenge for those of us whose continued employment relies on us being familiar with as many pieces of kit as possible. Training is the key but it can be difficult to find the time and not all of the manufacturers offer training.

But there are other new challenges. I for one am a big fan of the pre-production of show files via offline editing software. It enables me to prepare the desk prior to arrival at the venue, thus enabling me to maximise the time I spend on location getting the sound right. Unfortunately some manufacturers have decided to only offer their software for one of the common operating system (OS), which means as a user of the other if I can’t ever do pre-production on certain desks. I understand the argument behind that decision, and the difficulty in maintaining software for multiple operating systems, but the simple fact is that as a regular user a vital feature of certain desks is denied to me.

This OS annoyance goes further when you look at remote control, another key feature of digital desks. In 2010 I got a touch screen laptop to enable me to remote control various desks and thus mix from anywhere in the venue (making it easier to ensure even coverage for the whole audience). Most of the offline editors work fine but they aren’t optimised for touch screens and don’t always allow access to key mix functions (such as sends on faders) so I looked forward to the dedicated apps when they were announced. Unfortunately these incredibly useful apps are produced almost exclusively for iOS devices (with no other OS versions planned).

So it now seems that in order to do my job properly and take advantage of all of the new features offered by all the digital desks I need to have two computers (one running Windows, one running Mac OS) as well as an iPad. Therefore I’ve come up with a few ideas for how these key issues can be addressed.

With regards to training it would be great if all the manufacturers could be persuaded to co-operate in a ‘Digital Desk Expo’. Imagine a big room with one each of all the leading makes and models of digital desk, all running multi-tracks so people can just book an hour on each one and get some practice at mixing and operating the desk.

To improve accessibility to offline editors manufacturers could just produce Linux versions of their software. That way everyone could have access by simply running a Live CD (i.e. a bootable version of the free OS which runs on any CPU architecture and gives you a temporary desktop environment to run software in), such as Knoppix.

As for remote control why not develop a MIDI-like protocol that enables access to the common mix functions so that anyone can produce software to control the desk? You could even design a universal control interface with plug-ins for each desk which would make it easier to effortlessly switch from one desk to another.

As I said at the beginning we live in interesting times, the creative vistas of the digital revolution are limited only by our imaginations, and I for one am thrilled by the possibilities.