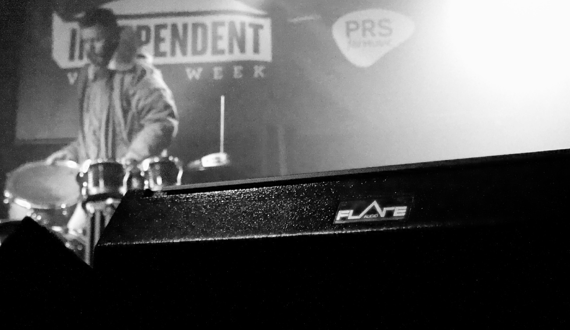 The Half Moon, a well-known live music spot in Putney, London, has chosen Flare Audio loudspeakers for its new sound system.

The venue, which has has played host to some of the biggest names in music over the years, including The Rolling Stones, The Who, Bo Diddley, Kasabian and U2, is the first to install the manufacturer’s new SM15 stage monitors and V15C 15” point source speakers.

“What’s distinctive about Flare is how much power and clarity you get from such physically small boxes, it really is impressive," said The Half Moon’s chief engineer Steview Wyatt. "When you first see our subs, it’s hard to believe they are dual 18s, as the boxes are so incredibly compact, but the ingenious design delivers plenty of stomach kicking power and a smooth, complete response right down to the low end of the spectrum.

“Equally impressive are the tops and floor monitors. They deliver consistent high fidelity and vocal clarity no matter how hard you push the system. There are no holes in the coverage, they are super loud – it really is the perfect system for the venue. Having seen various PA systems come through the Half Moon in my 15 years here, this is the first rig I can run virtually flat – it just sounds right. This has been reflected in the many positive comments I’ve been getting from punters and bands since the installation.”

The Half Moon was one of the 18 UK venues to participate in the first ever Independent Venue Week recently, and celebrated the occasion by putting on a special gig with a line-up curated by Domino Records.

Flare Audio’s managing director, Kristin Hanson, added: “We are really happy to be involved with a venue that has such a rich past and current vibrance in the live music scene. It’s an exciting pairing; the technology of our speakers, combined with a venue that values and respects both its artists and its audience will in turn enhance the connection between both.”

The brand is now represented exclusively in the UK and Ireland by Orbital Sound.