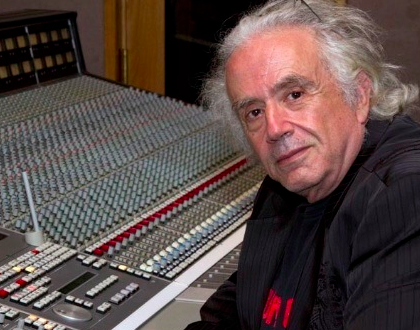 Margouleff is best known for his work with Stevie Wonder, which saw him collect the Best Engineered Album Grammy for Innervisions (shared with Malcolm Cecil). He has also handled producer/engineer duties for Depeche Mode, Jeff Beck, The Doobie Brothers, Quincy Jones, and many other top artists.

Following the construction of his Mi Casa Multimedia Studios in Hollywood, Margouleff became a big name in surround audio for home theatre, providing mixing and mastering for DVD and Blu-ray releases and restorations for such films as The Sound Of Music, six James Bond movies, Rush Hour and the Lord Of The Rings trilogy.

“Robert Marglouleff has literally done it all,” said Sergio Molho, principal/director of international relations at WSDG, a leading global architectural acoustics/ technology integration design firm. “He has accrued an incalculable wealth of real-world studio knowledge. His design, construction and technology expertise, coupled with his deep insights into project studio requirements and techniques, will be a significant new asset for our clients."

Margouleff will be involved in all aspects of Walters-Storyk’s’s West Coast projects, consulting with new clients on site selection, as well as design, construction, technology, acoustic treatments and systems integration.

“We began expanding our West Coast presence last March with the addition of Bob Skye as SF-based rep/project engineer,” added WSDG co-founder John Storyk. “Robert Margouleff’s accomplishments and skills are impossible to match, plus, he has maintained an incredible level of enthusiasm for the process. We’ve been friends forever, but the idea for this formal relationship was inspired by Robert’s 2010 AES Keynote Address in San Francisco.

“He was at the top of his game that afternoon, combining historical milestones with prescient insights into the future of the industry. I knew then that he could bring a tremendous amount of real-world experience to our shop. We are confident that his project engineer title will cover a lot of ground. This is a great way to start the New Year.”