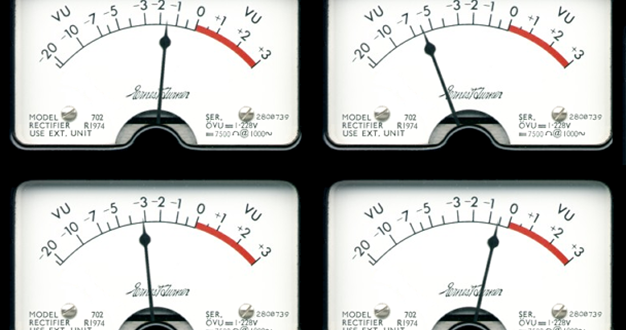 A simple enough question but the answer is anything but simple. How can we truly judge whether our live mixes are loud enough? What exactly is loud enough?

Going to a live concert is a visceral shared experience. As the audience we often seek to put ourselves inside the music while we commune as directly as possible with the musicians. As FOH engineers we play a key role in delivering a pleasing and immersive concert experience so getting the volume right is a key component. Modern sound systems are capable of producing clearer and louder sound than ever before but does that mean it should be as loud as the sound system will permit or should we be more aware of the potential damage loud sound can cause and mix more responsibly?

When you start out as a live sound engineer you invariably work in small venues where your first mixing experience involves adding mix elements to the ambient sound of the band in order to make the whole thing work. In this situation you have a lower limit imposed by the ambient volume of the band (i.e. with backline) and an upper limit imposed by the capabilities of the system. You need to be able to exceed the lower limit, in order to ensure the vocals or key mix elements are heard, whilst keeping it within the upper limit to avoid unwanted distortion. This often creates quite a narrow area to operate in and you have no real say in how loud the resultant mix is – the room and PA decide for you.

Then you move on to larger venues with bigger sound systems and you start to encounter external factors which limit how loud you can mix, the most obvious of which are the noise police with their dB limits. Nobody likes to be told to turn it down but such limits exist for good reason, either to protect the audience and venue staff or to minimise the nuisance to nearby residents and business. These limits are either legal requirements or conditions of the license for the event / venue so whether we like it or not we have to stick to them (as tour manager I’ve even been asked to sign legal documents declaring that I will be held liable for any infringements). This can present a problem as everyone knows that loud mixes sound better, the frequency response of the ear changes at higher levels in a way that tends to flatter the mix, so It’s much harder to mix at lower levels while still conveying the same power and energy.

And then of course there is your position on the bill. If you’re the support act then it’s quite normal to be told that you have to be quieter than the headline act. This is not just to assuage the ego of the main act but to acknowledge the fact that the audience are mostly there to see them and thus they would prefer it if the warm-up act doesn’t make the audience’s ears bleed.

There are also factors which conspire to encourage us to mix louder than intended. You might have set the level based on your familiarity with the band combined with years of experience and a decent knowledge of acoustics, but if their manager decides it needs to be louder then you have no choice but to comply. I’ve received similar mixing advice from record label representatives, as well as the wives and girlfriends of the band.

One time I was mixing a sold-out show somewhere in Australia and I was pretty pleased with the mix, which I felt was at the appropriate level for the audience, room and sound system. Then the local promoter comes over and informs me that Australian people expect it to be much louder so I should turn it up. I wanted to explain that I wasn’t aware of any difference in the mechanism of the ear or the threshold of hearing in different countries but even if there was I was running the system at the optimal level and if I increased it the speakers would surely start to distort at the expense of the clarity of the mix I had so painstakingly pieced together. But (somewhat ironically) it was too loud for me to convey this detail of information so I just ignored him and endured his dirty looks for the remainder of the show.

So as I said at the beginning there’s no simple answer to the question of how loud is loud enough, there’s no magic number of decibels or pascals of sound pressure that we should always aim for. Finding that sweet spot between retaining the power / energy of the performance whilst protecting the audience from the risk of hearing damage is not easy, especially considering the many external and internal factors which can influence the level. Every event is a unique combination of the room, the sound system, the band and the audience so we have to rely on our knowledge and experience to judge the appropriate level.

But who says the level should be uniform throughout the show? One technique I like to employ for longer shows is to ramp up the overall level throughout the performance. I’ll set the optimal ‘finishing’ level during sound check and then drop it a certain amount for the start of the show and gradually increase it throughout. The amount I drop it depends on how it affects the mix but it’s usually somewhere between 5 and 10dB. This has the advantage of not assaulting the ‘cold’ ears of the audience at the beginning whilst also negating the tendency the ear has to become accustomed to persistently loud levels thus ensuring the latter stages of the set retain their impact.

If, after all that, you’re still unsure how loud the mix should be, just ask the drummer’s girlfriend.